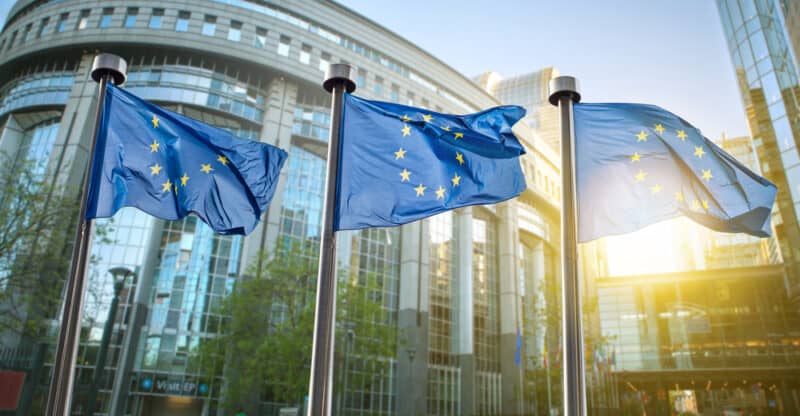 Problematic conflicts between EU law and national constitutional laws have resulted in ongoing disputes between the EU and its member states.

Brexit is the result of the U.K. wanting to escape the allegedly oppressive jurisdiction of the European Union. Meanwhile, the German Constitutional Court and Poland have both challenged the supremacy of EU law. The law is the legal order that has sovereignty across all 27 of its member states. All governments agreed to follow the code, but national courts often disagree. According to EU Justice Commissioner Didier Reynders, these attempts to undermine the authority of EU rules have the potential to split the trading bloc.

The European Union and its law stem from the Treaty of Rome, signed in 1957. This agreement was intended to help trade between European countries to boost their shattered economies, a repercussion of WW II.

The volumes of laws, directives, and regulations were also set out by other treaties that followed. The principles include, among others, the free movement of goods, capital, and workers. Furthermore, all laws adopted at the EU level must be implemented as national legislation in each member state.

Countries have agreed that some legislative fields are reserved for the EU level. These include a monetary policy for countries sharing the euro, customs union, external trade, a standard fishery policy, and the EU single market competition rules. Other issues added over the years include several issues that affect the daily life of citizens of the bloc, including food safety, air pollution, data privacy, etc. Conflicts often arise because of existing national laws.

The European Commission can take member states violating the rules to the EU court. Failure to comply with an EU court ruling – the treaty binding across the member states – can ultimately lead to a fine.

EU court judges don’t always agree with the commission. In one example, the commission ruled that preferential tax deals by individual members violate EU state-aid rules. As a result, companies like Apple Inc. and Amazon.com Inc were ordered to pay massive amounts of additional taxes. The EU General Court consequently canceled these orders.

The European Union has two courts, The European Court of Justice (higher court) and the European General Court (lower court). Both courts are based in Luxembourg. The task of the General Court is to deal with the facts in the cases it hears. The job of the Court of Justice is to focus on points of law as it deals with direct actions against EU members, usually filed by the commission. It also handles the ruling of issues by any national courts in search of clarification on EU law.

In 2020, Germany’s Constitutional Court challenged the ECJ when it ruled that EU judges were overstepping their powers by supporting the European Central Bank’s controversial policy on quantitative easing. According to the German judges, the supremacy of the ECJ couldn’t apply in cases where its duties had failed. The German government soon resolved the challenge, only to be faced with legal action by the commission a year later; since the ruling had endangered the prevalence of EU law.

The conflict between Poland and the EU has been ongoing as the country has slowly shifted away from the democratic values of the bloc. Issues have included media freedom, the threat to an independent judiciary, and the recent move to quell LGBTQ rights. Just a few weeks ago, in early October, the country’s top court ruled that the constitution of Poland overrides a few EU laws. Poland’s constitutional tribunal ruled that the country’s constitution is conflicted by EU laws, especially in judicial issues.

Hungary has also faced EU proceedings over its laws discriminating against LGBTQ rights. In the meantime, Hungary says its ordinances are designed to protect children against pedophilia, but these laws point to discrimination based on sexual orientation.

The commission has several ways to punish offenders. The pandemic stimulus package of 1.8 trillion has often been used as a new tool to punish offenders when they are threatened with the withholding of funds. Countries still refusing to correct a situation can also be referred to the courts or face fines. Keeping the EU intact and ensuring its goals are met requires shared common values and the freedom to trade. So far, the only unhappy member to leave is the U.K., and it remains to be seen if anyone else will follow.