The Paul Manafort Indictment: What We Know So Far 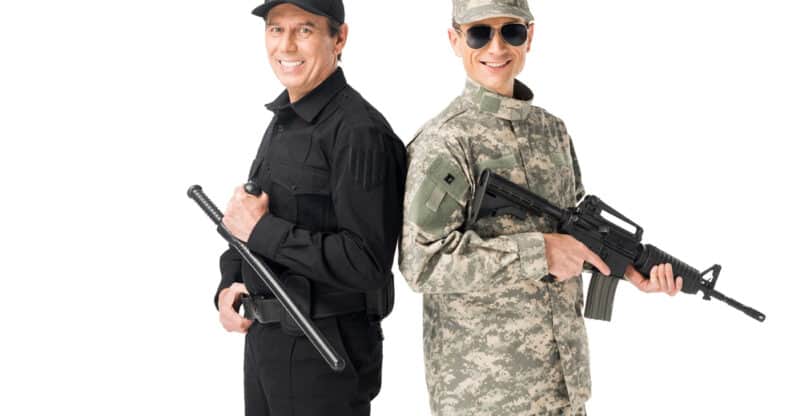 The transformative bill to reform the military’s criminal justice system has faced eight years of resistance. As support for it grows, some people are still against these reforms.

The armed services have their own primary legal enforcement tool. Even though it has similarities to the civilian justice system, it is separated from it. First enacted in 1950, the principal body of laws that apply to military members is known as the Uniform Code of Military Justice (UCMJ). It is interpreted and enforced by military tribunals.

One of the benefits of having a separate military justice system is that it ensures swifter action than the criminal justice system. The decisions are also more predictable, allowing the military to maintain its discipline and organizational efficiency.

Additionally, the UCMJ can administer justice in a uniform system for unique military offenses like going AWOL, desertion, and insubordination at locations outside the U.S. jurisdiction.

The legislation proposed by New York Democratic Senator Kirsten Gillibrand for the Military Justice Improvement and Increasing Prevention Act has been around for eight years.  If passed, it would strip the authority from commanders to military prosecutors to decide if they must prosecute sexual assaults and serious crimes, including murder and manslaughter.

American military commanders are not lawyers but have the authority to refer charges to courts-martial to enforce order and discipline. Even though military lawyers advise commanders, the final decision to send a case to a court-martial is theirs.

Those opposed to the changes feel that depriving commanders of this decision undermines their authority. They say the consequences of this legislation would erode their ability to command their units in a war. According to them, these changes can impact their ability to carry out military duties, especially when protecting the country in a crisis.

The proposed changes are meant to address serious crimes like sexual assault. However, many against the reform feel there is no evidence that these changes would address the real issues that lead to this type of crime.

An independent panel of civilians established by the Secretary of Defense Lloyd Austin has made recommendations. They proposed that commanders’ ability to refer charges be removed for sexual assaults rather than for all serious crimes. So far, the Joint Chiefs of Staff Chairman, General Mark Milley, supports this proposal, but Secretary Austin has not decided yet. He recently said he is waiting to hear from other service secretaries and chiefs of staff.

Role of the Military Justice System

The military’s integral role in defending the nation requires its own system to punish the wrongdoers under its jurisdiction. The commanding officers are in charge, and the system is structured to carry out orders from civilian leaders to protect the country.

The military justice system handles thousands of criminal cases annually, ranging from minor violations to major crimes.  In almost all these cases, the system works to ensure that justice is done. Supporters of the amendments say that the system is flawed and that conviction rates are falling.

They say this is especially true for sexual assaults, which remain very high. However, others feel that the differences between the military and civilian world are too great, and it is vital for commanders to be responsible for discipline. This is the best way, they say, to protect military units from failure.

The tool used by commanders to enforce good order and discipline is the Uniform Code of Military Justice. This code gives commanders authority to decide if they are to press serious criminal charges against members under their command.

Cosponsor of the bill, Iowa GOP Sen. Chuck Grassley, commented recently, “Whether it’s in the military or whether it’s outside the military, a crime is a crime, and it should be punished.”

An anonymous survey showed an increase of 37% in sexual crimes in the military in 2019 compared to figures from the two years before. Unfortunately, prosecution rates dropped by 7%. The amendment is set to take the prosecution’s decision away from commanders and place it into the hands of military prosecutors with experience in sexual crimes.

The commander currently decides if the case should be referred to a court-martial after making recommendations. These are presented to the commander after a preliminary hearing where a senior Judge Advocate General officer presides. In most cases, commanders decide to refer the case to a court-martial, even if no probable cause was found. This is because they don’t follow the same ethical rules as lawyers bound to the American Bar Association. Those against the reforms feel more cases are heard now than heard if the new law is enacted. The consequence of this, they feel, is that discipline in the military will suffer.

However, supporters of the bill say the transformative bill protects both the victims’ and the defendants’ rights.

Over nearly a decade, the bill has had bipartisan support. The legislation has encountered much opposition along the way but is winning ground, and supporters are determined.

In the words of Gillibrand, “How long must our servicemembers wait for real reform? …. The committee has had nearly a decade to consider it.”

How does the military justice system work?

First enacted in 1950, the principal body of laws that apply to military members is known as the Uniform Code of Military Justice (UCMJ). It is interpreted and enforced by military tribunals.

What does military justice mean?

In most countries, troops have distinct and unique laws governing their conduct.

Are court martials open to the public?

Yes. Court martials are public, and usually, anyone can attend.

Why should the military have its own justice system?

It is more predictable, which improves efficiency. Any inefficiency can be dangerous. Also, the military has unique crimes such as desertion, insubordination, and absence without leave. Lastly, military justice tends to be faster.

Does military law apply to civilians?

Only in special circumstances. If a country declares martial law, the military takes over responsibility for legislation, enforcement, and punishment. Legislature, police, and courts then fall under military jurisdiction.

What is the main purpose of military justice?

To keep discipline and order and ensure the military’s effectiveness is not compromised.

How does the military justice system work?

Do soldiers have rights?

Joining the military does not mean that you waive your rights. Soldiers have the same rights as civilians and often have better protections.

Can a judge send you to the military?

A judge is free to confine someone to their home, prison, or military, but the military is not required to accept them and generally wouldn’t

Can the military charge a civilian with a crime?

If a member of the armed forces was to be arrested off-base, they are still under federal jurisdiction, and the military would prosecute.

Can you court-martial a civilian?

Only in times of war by decree of the government. In an urgent situation, they can handle criminal cases in an area where courts are not operational.