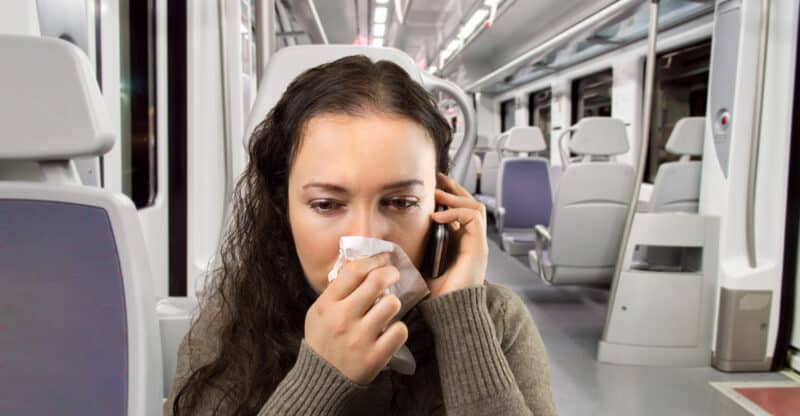 The pandemic and its lockdowns, quarantines, and travel restrictions have affected billions of people across the globe. Half the world’s population, that is, 3.9 billion people, were affected at the initial onset of the pandemic, and many people have since questioned the right for governments to impose such stringent measures.

Countries have barred and restricted international travel at various levels since April 2020. Some have been more open but imposed testing and quarantines. Currently, the U.S. is slowly opening to international and domestic travel but tightened restrictions were used by the Biden administration to fight the war against the pandemic.

The World Health Organization uses the powers granted by the International Health Regulations (IHR) in situations deemed necessary for public health as far as travel, trade and human rights are concerned. WHO has used its power to declare a public health emergency of international concern (PHEIC) six times so far – twice for Ebola and once each for H1N1, Zika virus, polio, and COVID-19. However, each time, it has recommended against travel and trade restrictions. Most governments didn’t heed their advice this time and restricted travel.

After the initial international and domestic travel bans, some countries slowly opened domestic travel. Many international travel restrictions are still in place, and many airlines and governments are looking to find ways to encourage travel for vaccinated parties. According to Article 43 of the IHR, nations can use scientific evidence when making decisions about travel and other restrictions.

Most scientists believe that all international travel restrictions may do allow governments some preparation time. They believe these are only effective in containing the spread of viruses in island nations, e.g., Australia. This measure is not as effective on more predominant travel routes, e.g., New York.

The absence of concrete evidence of the effectiveness of these travel restrictions is something that needs closer investigation since they could very well be unlawful without evidence.

What Does the U.S. Constitution Say?

The U.S. Constitution grants Congress the sole power to regulate trade, manage international relations, and control borders. States get to exercise policing powers for public health within their borders.

Foreign nationals without any special status, e.g., permanent residence, can be barred from entering the U.S. through the powers given by the Centers for Disease Control (CDC) to the Surgeon General. However, this cannot apply to U.S. citizens, who may be required to isolate or quarantined at their point of entry.

The U.S. recently used the powers granted by the 1944 US Public Health Services Act to quarantine U.S. citizens returning from stranded cruise ships and China. This Act was previously used to prevent the spread of smallpox and drug-resistant tuberculosis in the past.

Since January 2021, American citizens returning from foreign countries must produce a negative SARS-CoV-2 test, performed up to three days before their return. If they fail to provide this, entry is barred. The administration also required testing for domestic flights, but no rule was issued by any agency. These restrictions pose a grey area of legality for American citizens.

Federalism in America gives Congress the sole power to regulate commerce between states. States cannot restrict the free flow of people or goods between them; therefore, no one has the right to bar interstate travel.

In the past, New Orleans prohibited travel to domestic and foreign travelers to contain a yellow fever outbreak. During the COVID-19 pandemic, some testing and quarantine requirements were imposed by nearly half the states. Most states can order quarantines, but these were mostly voluntary. Other states require a negative PCR test. States are considering new laws limiting how much governors can exercise their powers in a health crisis.

Travel restrictions do deprive people of their liberty to move around. Several principles are needed to guide the reform of how the country and its states react. Currently, there are many gaps and uncertainties in the application of the laws.

Is travel a constitutional right?

Federalism in America gives Congress the sole power to regulate commerce between states. States cannot restrict the free flow of people or goods between them; therefore, no one has the right to bar interstate travel.

Is travel a human right?

Yes. Article 13.2 of the Universal Declaration of Human Rights: “Everyone has the right to leave any country, including his own, and to return to his country.”

What are the limitations to the right to travel?

Can only be restricted in extremely limited circumstance to protect public health and national security. In such situations, the government needs to show restrictions are reasonable, necessary, and not excessive.

What does the 14 Amendment say?

No State shall make or enforce any law which shall abridge the privileges or immunities of citizens of the United States; nor shall any State deprive any person of life, liberty, or property, without due process of law; nor deny to any person within its jurisdiction the equal protection of the laws.

Can a country stop you from leaving?

Countries have emigration laws and have procedures to leave including passports. Countries restrict criminal suspects from leaving the country and judges may bar defendants in a civil proceeding from leaving (including child support).