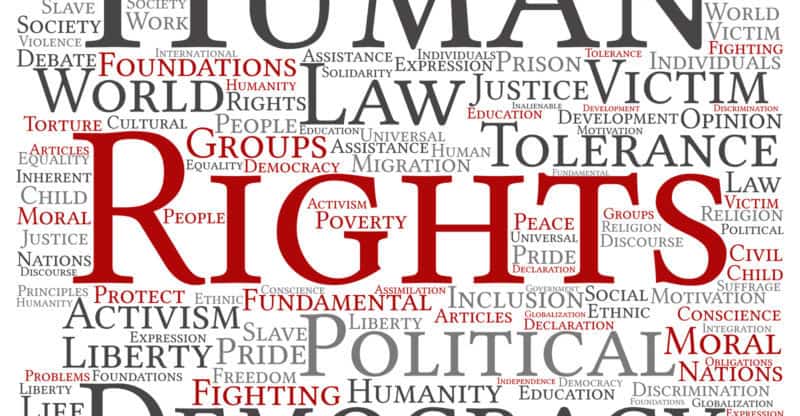 British Prime Minister Theresa May says human rights laws may change if they “get in the way” of fighting terrorism. May says she wants to deport and restrict the freedoms of terror suspects.

As part of its fight against terrorism, Britain may pull out of the European Convention on Human Rights.

The European Court of Human Rights, which is in charge of upholding the convention, has previously ruled that people cannot be deported to another country if they risk execution or torture there.

Liberty, a UK campaign group, has said that Theresa May will go down as the Prime Minister who “handed terrorists their greatest victory” if she follows through on her threats to change human rights laws.

After Saturday’s attack in London, May said “enough is enough” and called for changes in the fight against terrorism.

While no new specific policy proposals have been made by the British Prime Minister, May has suggested making it easier for authorities to deport terrorist suspects and longer prison sentences for those who are convicted of terrorist crimes.

“I mean doing more to restrict the freedom and movements of terrorist suspects when we have enough evidence to know they are a threat, but not enough evidence to prosecute them in full court,” May added. “And if our human rights laws get in the way of doing that, we will change the law so we can do it.”

The British Prime Minister said she is also considering extending the time suspects can be held without charge to 28 days.

May’s comments come after news broke that the three suspects in Saturday’s London attacks were on the radars of authorities.

The alleged ringleader of the attacks, Khuram Butt, was known to the police and intensely investigated. One of the other attackers was on a terrorist watch list after being stopped in Italy with extremist materials.