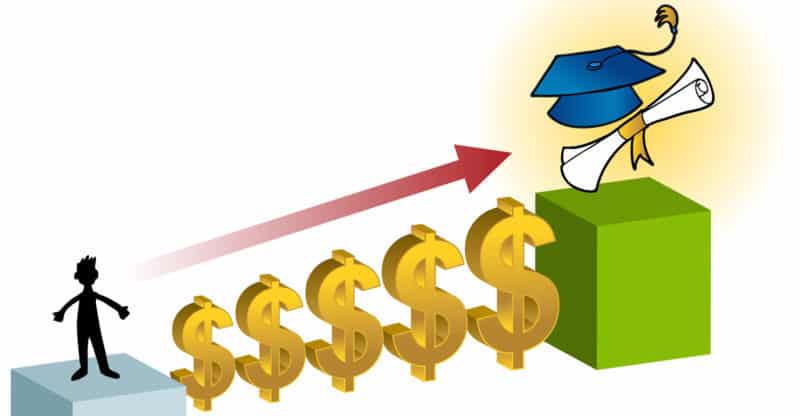 Bright Blue, which has over 100 Conservative MP backers, states that reducing the interest rate will only help students that are “better off.”

The thinktank is calling for the government to increase the earnings threshold that’s currently in place. The threshold stands at £21,000 a year. Ryan Shorthouse, chief executive for Bright Blue, states that raising the threshold will result in less money being taken out of a graduate’s salary every month.

The Institute for Fiscal Studies found that 75% of graduates won’t be able to pay off their loans even into their 50s. Labour is seeking the abolition of fees.

Graduates pay interest rates as high as 6%, or double the inflation rate.

The plan to cut interest rates could be unveiled during the Autumn Budget. Universities may also suffer from the changes, with plans to reduce the £9,000-a-year tuition fees which put young graduates deep in debt before they finish their education.

Student loan debt in the United Kingdom soared to over £100 billion, up 16.6% as of the end of March. The figure is the highest ever in the country and underlines student difficulties upon graduation. Graduates are having trouble finding affordable housing, too.

Student loan debt in the United Kingdom is erased after 30 years. A number of economists are concerned that the government will suffer severe losses when these students start to have their debt wiped off in 30 years.

The government’s approval of universities to charge £9,000 a year for tuition is part of the country’s growing student loan problem. The change occurred in March 2012 when student debt stood at £45.9 billion. Student loan has since more than doubled.

Corbyn’s push to scrap student loan fees increased the Labour’s election turnout, with 18 to 24-year-olds helping the party increase their seats from 232 to 262. Student debt is among the fastest growing debt in the country, eclipsing even credit card debt, which stands at over £68 billion.

Economists predict that the current student loan debt crisis may swell to over $200 billion in the next six years. Students graduate with an average of £32,220 in debt. Graduates repay their debt when they earn over £21,000 a year, paying 9% of what they earn over this threshold.