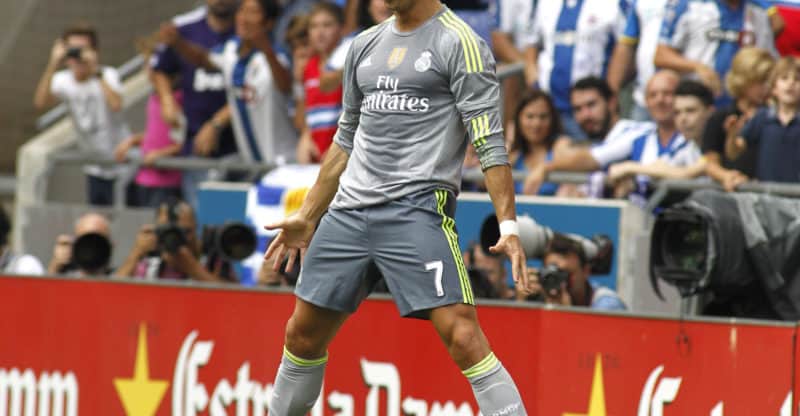 The news broke from Football Leaks, which includes 18.6 million documents in what is called the “largest leak in the history of sports.” The website states that questionable financial transactions from some of the top names in the sports are found in the trove of documents, which includes word documents, emails, contracts and excel files.

The leaks come from the European Investigative Collaborations media group. Further documents from the group will be released in the coming days.

Mediapart alleges that Ronaldo, one of the world’s most recognized names in football, put 149.5 million euros into tax havens. The earnings come directly from sponsors. Ronaldo paid just 5.6 million euros in taxes, according to the media outlet. The amount of taxes paid is just 4 percent of the superstar’s earnings.

“Tax evasion is common among the wealthy,” states CPA John A. Knutson. “Complicated tax shelters and business creations allow the wealthy to hide their money offshore.”

Ronaldo’s representatives were quick to deny the allegations on Monday. Gestifute, the company that represents the player, insists that Ronaldo is “fully compliant with tax obligations.” The representative states that legal action may be taken against the false claimants.

Jose Enrique, Spain’s State Secretary of the Treasury, states that inspections deemed appropriate will be taken. Gestifute rebutted the claim immediately on Saturday, stating the soccer player has always operated within the tax laws.

An official document from the Spanish Tax agency confirming that Ronaldo is up to date on his tax obligations was released in a statement.

Gestifute insists it will take legal action against false and manipulated information against its clients.

Spain’s Gestha union is calling on the country’s Inland Revenue leaders to pass on any documents pertaining to Cristiano Ronaldo’s taxes. The group insists that Ronaldo would face potential jail time if he used companies and offshore accounts to avoid paying taxes.

The claims against Ronaldo suggest he used a Caribbean tax haven to avoid paying taxes on as much as 150 million euros. Tax returns from 2011 – 2013 are under an ongoing inspection. Lionel Messi, arguably the world’s best soccer player along with Ronaldo, was found guilty of tax fraud along with his father. The two were handed a 21-month prison term. The verdict is being appealed.