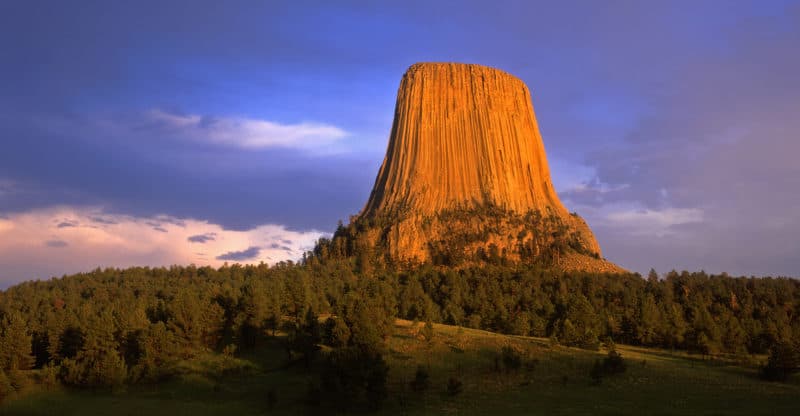 Trump gave Zinke 45 days to determine which monuments, if any, could be repealed or redrawn. The move could repeal protections for lands, leading to new opportunities for mining and oil companies.

The president said the use of presidential protections was an “egregious abuse” of power.

“The Antiquities Act does not give the federal government unlimited power to lock up land and water,” said Trump. “It’s time we end this abusive practice.”

Republicans had already been seeking to limit the law, with proposals of limiting the duration of national monuments and requiring approval from Congress or states before setting land aside.

As Time points out, the 1906 Antiquities Act, signed into law under President Roosevelt, was originally intended to protect sacred Native American sites throughout the U.S.

Ordinary Americans at the time, fascinated by Native American culture, were digging sacred sites, and walking away with priceless artifacts. The goal was to protect these lands and sites to prevent people from doing whatever they wanted to the land.

Now, populist sentiment has moved away from desire to protect these important sites to anger over not being able to use the land as they see fit.

Still, under current law, the president has the right to establish a monument, but the legislation does not expressly authorize presidents to abolish monuments designated by other presidents.

According to a report from the Congressional Research Service last year, no president has ever rolled back a national monument designation.

“No president has ever attempted to revoke a national monument – and for good reason: Such an attack on our nation’s public lands and heritage is deeply unpopular and illegal,” said Kate Kelly, public lands director for the Center for American Progress.

Kelly told Bloomberg that the president does not have the authority to “significantly alter” national monuments.

At the center of the debate is the Bears Ears monument in Utah, which Trump specifically mentioned when discussing the order.

Former President Barack Obama protected 1.35 million acres in southeastern Utah in the final days of his presidency, despite opposition from state Republicans and some local residents. The protected land is rich with oil and natural gas as well as uranium. But the land’s rock outcroppings and bike trails are also a draw for locals and tourists.

Rep. Rob Bishop of Utah is calling for Trump to roll back the Bears Ears monument without waiting for approval from Congress.

Bishop, who is chairman of the House National Resources Committee, is planning to draft legislation that ensures the public has input in setting aside land. The committee will hold a meeting on the Antiquities Act next week.