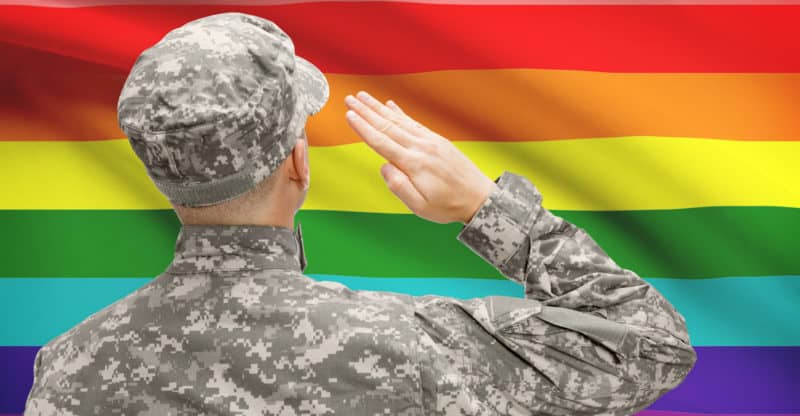 Trump’s Ban on Transgender Military Members May Not Be Legal

President Donald Trump announced Wednesday on Twitter that the U.S. military would not allow transgender individuals to serve. The polarizing comment triggered outrage in the LGBT community and among civil rights activists.

“After consultation with my Generals and military experts, please be advised that the United States Government will not accept or allow transgender individuals to serve in any capacity in the U.S. Military. Our military must be focused on decisive and overwhelming victory and cannot be burdened with the tremendous medical costs and disruption that transgender in the military would entail. Thank you.”

LGBT and civil rights organizations have threatened to take the issue to court if Trump moves forward with the ban.

The tweet didn’t clarify when the ban, which reverses legislation put forth by the Obama administration, would go into effect. He also did not clarify whether the ban would affect members who are currently serving.

Legal experts say the Pentagon will likely face a contentious fight in court if the Defense Department actively seeks out and discharges transgender individuals, according to Reuters.

Singling out transgender individuals, lawyers say, would violate their equal protection right under law and guaranteed by the 14th Amendment of the Constitution.

The 14th Amendment was enacted after the Civil War with the intention of preventing discrimination against former slaves. Since the 1970s, the Amendment has been understood to also protect against gender discrimination.

While Trump’s tweet is concerning, little has changed on a legislative level.

“I think the most important thing for people to understand is that for the immediate future, nothing can happen to them … Trump’s tweet is not self-executing,” said Joshua Block, a senior staff attorney at the American Civil Liberties Union.

Block believes that such a ban would violate the Constitution’s equal protection clause as well as the Administrative Procedure Act.

“I can’t think of anything that is more arbitrary or capricious than what Trump did today,” Block added. “In any separation procedure, they could make that argument and raise it in federal court.”