Mesothelioma Deaths Seem to be on the Rise

New Study Finds That Tainted Talcum Powder May Cause Mesothelioma 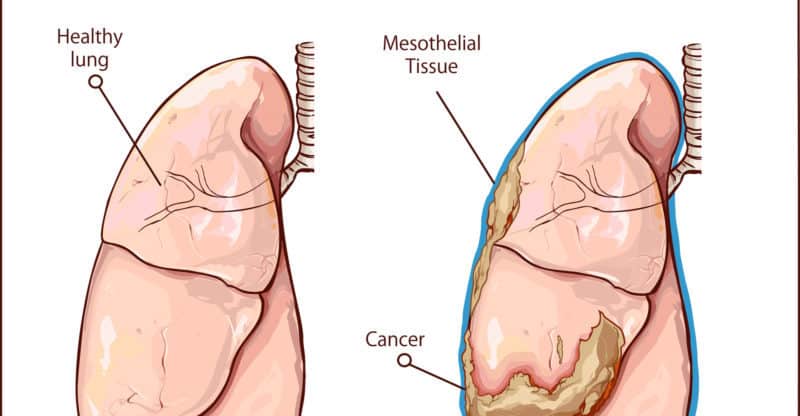 A new type of treatment for mesothelioma has showed promising results in a trial. Known as Tumor Treating Fields, the treatment works in conjunction with chemotherapy and uses electric fields – tuned to specific frequencies – to disrupt cancer cell division.

For the treatment of pleural mesothelioma, electrical currents are delivered non-invasively through the upper torso. Treatment with the device is designed for home use that is used for 16-18 hours each day.

The phase II trial, called STELLAR, involved 12 trial sites across Europe, and used a combination of chemotherapy and the NovoTTF-100L System. The device is created by Novocure, a UK-based oncology company with operations in the U.S., Australia, Switzerland and Japan.

The results of the study were released in 2018, with one-year and two-year survival rates being 62.2% and 41.9% respectively.

Earlier in the year, the U.S. Food and Drug Administration (FDA) approved the device as a first-line treatment under its Humanitarian Device Exemption.

The median survival rate for the patients was 18.2 months, which is double the standard survival rate when using chemotherapy alone. But 13 of the patients were progression free after four years and had no sign of recurrence. Three other patients are still thriving three years later.

After the FDA’s approval, several cancer centers in the United States are now training for the use of NovoTTF-100L.

The current process involves taking a biopsy, which includes the extraction of tissue sample. The cells are then studied by the pathologist to determine the cellular type of the disease.

The two groups have provided recommendations for specialists and pathologists to follow when diagnosing the condition and determining the best treatment approach.