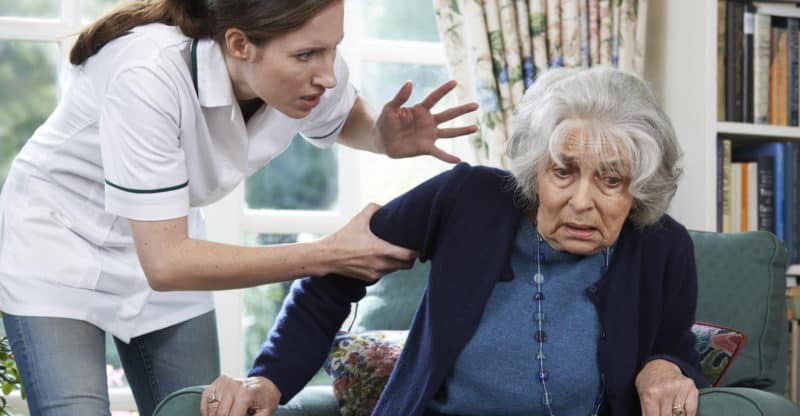 More than 3 million elderly Americans are spending their golden years in long-term care facilities like nursing homes. Unfortunately, about 17 percent of them experience nursing home abuse every year. More than 44 percent would have experienced some type of abuse at some point in their residency. Such alarming statistics warrant learning the types of abuse that nursing home residents are exposed to. This way, their loved ones will know what legal course of action to take.

This is a type of nursing home abuse whereby the resident suffers a physical harm. It can be the intentional pinching or hitting of the person. It can also be in the form of overuse of restraints. Not providing physical care to residents can also constitute physical abuse. The resident can have fractures, cuts, welts, bruises, or bed sores.

It is not very easy to identify psychological abuse. However, incidents involving humiliating, shaming, criticizing, and/or yelling at the resident can leave a lasting impression on the resident’s psyche. Such residents can manifest behavioral changes as a result of psychological abuse. Examples of these include emotional outbursts, mood swings, and refusal to speak. The resident can also become more reclusive, preferring instead to spend his or her time alone.

There is a very thin line between neglect and physical abuse in the nursing home setting. The main difference is that physical abuse is almost always intentional. On the other hand, neglect is often the result of poor staffing patterns in the nursing home. Inadequate number of healthcare providers can lead to a neglect of the basic care of each resident. They may not receive their personal hygiene care and grooming. Residents may not also be given their food, water, or clothing. This can lead to different health problems such as skin infections and bed sores. Dehydration and malnutrition can also put the resident at risk of metabolic problems.

Nursing home abuse does not always involve healthcare providers. It can also involve other residents. This type of nursing home abuse can take the form of physical, psychological, or sexual abuse. In some cases, financial exploitation can also occur.

Learning these types of nursing home abuse is important, especially if you have a loved one who is currently in a long-term care facility. You can talk to an attorney to guide you in the different steps you can take to help protect and find justice for your loved one.