5 Steps to Reinvent your Legal Career During COVID-19

How to Network with Other Attorneys in the Post Pandemic World?

7 Stress-Reduction Techniques to Help Lawyers Relax at Their Workplace 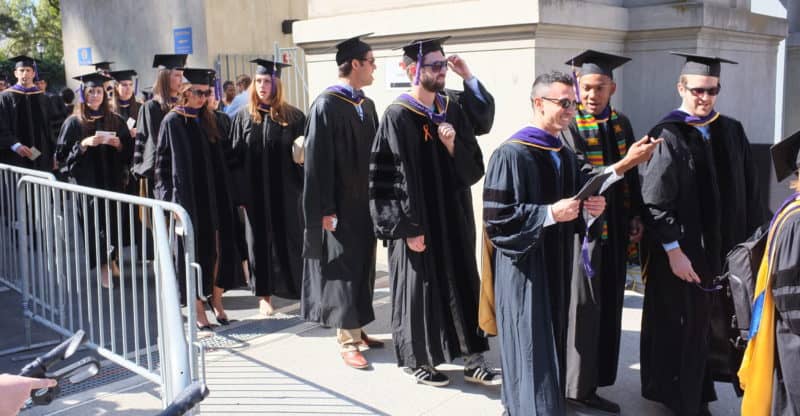 Some law schools across the United States plan to re-open for in-person classes this Fall 2020.

The University of Miami School of Law’s Covid-19 page says the school has limited some services on campus, but intends to resume in-person classes.

However, not all universities are planning to follow suit. William H. Widen, professor at the University of Miami School of Law recently published an argument for remote learning Instead, Widen called on university administrators to focus on the health and wellbeing of the entire university population, by conducting online courses.

The choice for universities boils down to health and safety vs. economics.  The idea that students prefer face-to-face instruction is not a good enough reason to exclude online classes, according to Widen. The alternative scenario is that law classes happen on campus, causing a potential loss of life.

Administrators decide how campuses will operate during Covid-19, but that doesn’t mean they will be present on said campus, becoming susceptible to the virus. The situation, according to Widen, is not a catch-22; to either lose significant amounts of tuition money from new and returning students, or, to allow classes back on campus and risk actual human lives. In the long run, prospective students will choose a law school that prioritizes the wellbeing of their community, over a loss of money. Covid-19 in the United States is making its second wave through the country.

According to the BBC’s coronavirus tracker, Florida is one of four states where numbers of new confirmed cases are rising. Cases are rising because more tests are being conducted, and Floridians want to enjoy the summer weather, said Governor of Florida, Ron DeSantis.

Yet other law schools are taking preventative action now by announcing their plans for September. Harvard law school will run all courses online, starting in September.

Their announcement made the university the first law school to commit to online teaching due to Covid-19. University of California (UC) Berkeley School of Law also plans to take all classes online for Fall 2020. “Our top priority is protecting the health of our students, staff, and faculty,” wrote Dean Erwin Chemerinsky in an update released to students on June 26th.

The universities still have their business info listed on Google local maps marketing.

But it’s not only universities in the legal world that are taking action to safeguard their students and themselves from the rapid spread of Covid-19.

As early as May, justices on the Supreme Court began participating remotely for oral arguments over conference calls while other staff began working from home. The Law School Admissions Council (LSAC), the organization that administers the Law School Admissions Test to prospective students around the world, announced that the upcoming LSAT exams for June and July would only be held online.

LSAC had previously conducted surveys for both law schools and law candidates, where overall, prospective law students reported that taking online courses would be acceptable to them, according to their blog.