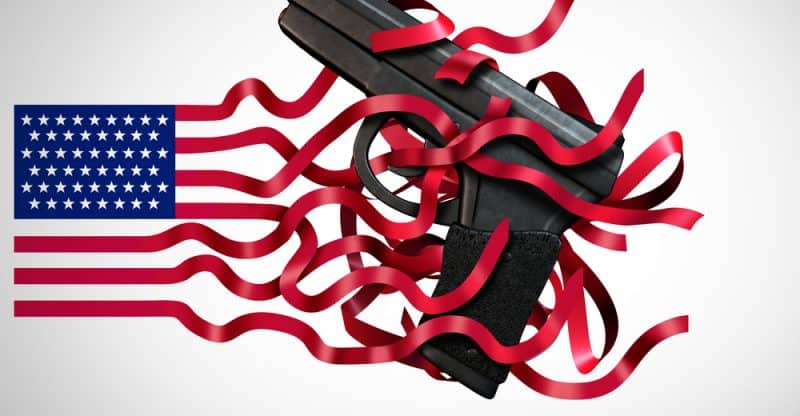 Students started their first day of the fall session at the University of Texas in Austin a little differently than in the past. Students were seen carrying sex toys and protest signs to show their disapproval of a new Texas law allowing concealed guns to be carried on state campuses.

The bill was approved by the legislature in late May and allows faculty members and students to carry concealed handguns in classrooms, dormitories, and other camps buildings. Governor Greg Abbott signed the bill shortly after it passed through the legislature.

Gun rights advocates hailed the bill as a major win for gun rights, but students and professors immediately stressed their concerns. Many professors called the bill unnecessary and irresponsible.

Courts recently declined a request from three professors that argued that they don’t want handguns in their classrooms.

The law went into effect for all state-run universities on August 1. Community colleges will have to allow concealed carry under the law from August 2017 onward.

Jessica Jin, an organizer of the protests, told the New York Times, “These laws won’t protect anyone.”

The group of protestors states that the laws are absurd and that the use of sex toys in protests is fighting absurdity with absurdity.

Police officers stood by and watched the protests with no intent of making arrests so long as the protests remained peaceful.