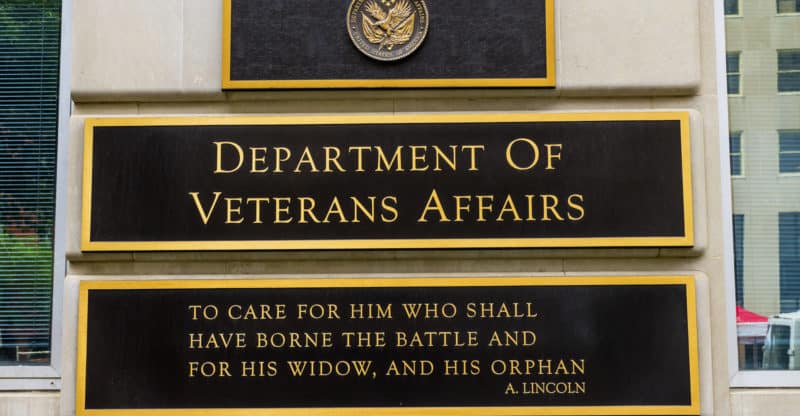 The Department of Veterans Affairs allowed the hiring of health care providers with revoked medical licenses for at least 15 years, USA TODAY reports.

In 2002, the VA’s guidelines gave its hospitals discretion to hire health care workers after “prior consideration of all relevant facts surrounding” revocations provided they still had a license in one state.

The guideline violates federal law, according to USA TODAY. In 1999, a federal law was passed that barred the VA from employing medical workers with revoked licenses in any state.

As a result of the illegal guidance, a hospital in Iowa City, Iowa hired neurosurgeon John Henry Schneider. Schneider had several malpractice claims against him and his license was revoked in Wyoming after a patient’s death. He still held a license in Montana.

The malpractice claims against Schneider include cases alleging that he left patients paralyzed, maimed or dead. One patient died of an infection after Schneider performed four brain surgeries in the span of four weeks.

Schneider resigned before the VA moved to fire him. The resignation came after USA TODAY inquired about his case.

In an interview, David Shulkin, VA Secretary, said he ordered the re-writing of the guidelines. He also launched a nationwide review to find and remove any other health care workers with revoked licenses.

Medical workers with prior sanctions against their licenses, like reprimands and sanctions, will also be reviewed to ensure they are providing veterans with quality care.

A prior investigation by USA TODAY earlier in the month found that VA hospitals knowingly hired other medical workers with sanctions against their licenses. Some workers, USA TODAY report, harmed veterans. Three of those workers were psychiatrists or psychologists.

After USA TOAY’s report, a bipartisan group of 14 senators wrote to Shulkin inquiring about the hiring and oversight of medical workers with histories of license discipline and malpractice.