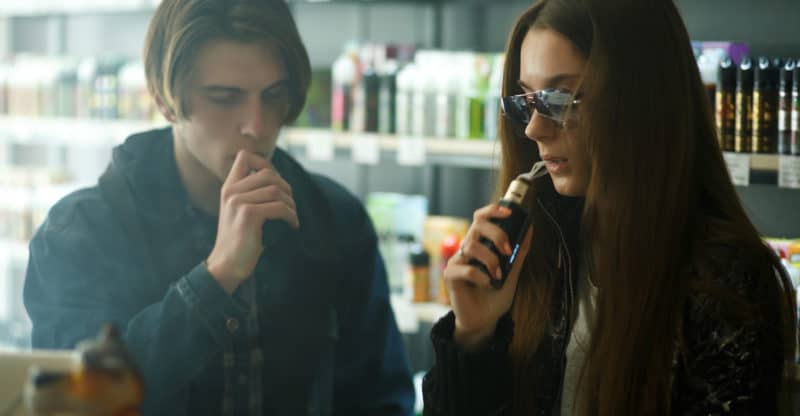 Vaping has gotten a lot of negative attention in the media, and for good reason. There are still many unknowns when it comes to the effects of vaping, and teen use of vaporizers has become an epidemic.

State laws have helped address these issues, but are they also making it harder for adults to use vaporizers to quit smoking?

When e-cigarettes first hit the market, they were marketed as smoking cessation devices, or as a healthy alternative to smoking cigarettes.

The idea was to start with e-liquid cartridges that contained the same level of nicotine as regular cigarettes. From here, you could choose cartridges with lower percentages of nicotine until you’ve completely weaned yourself off of it.

Today, when you walk into a vape shop, you can see that it’s turned into its own movement. People vape for the sake, or pleasure, of vaping. You can buy a vape kit for cannabis just as easily as you can buy one for nicotine. But that doesn’t mean that adults still can’t use vaporizers to quit smoking.

In fact, a 2019 study found that vaping may actually help some smokers. The study included 900 participants who wanted to quit smoking. Half were given e-cigarettes, and the other half were given nicotine replacement products. All participants were given weekly counseling for one month. After one year, researchers confirmed smoking cessation by measuring exhaled carbon monoxide.

Here’s what the study found:

E-cigarettes can be effective at helping people reduce their nicotine dependence, but will state laws make it harder to do that?

Vaping Laws in the U.S.

Most states in the U.S. have laws that affect vaporizers in some way.

Every state has a law that restricts youth access to e-cigarettes, with minimum ages ranging from 18-21.

Many states also require businesses to have licenses to sell e-cigarettes. Others have packaging requirements.

There has also been a push to ban or limit the sale of flavored e-liquid over concerns that brands are targeting children and teens with their packaging and flavors.

Restricting youth access to e-cigarettes is important, and these laws do not affect adults who are trying to quit smoking using vaporizers. However, requiring businesses to have licenses and implementing packaging requirements adds additional hurdles that make it more difficult to sell these products.

The city of San Francisco has now voted to ban e-cigarettes entirely. If the city succeeds with its ban, it could pave the way for other cities to implement similar laws or for a nationwide ban.