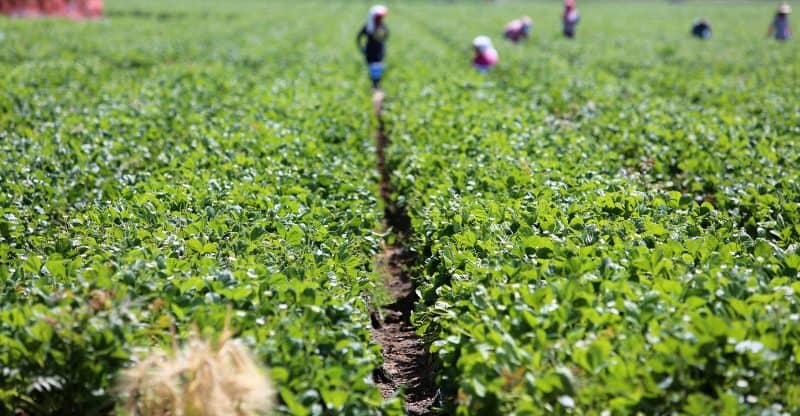 In what could be a stunning about-face for the Trump administration, the US government is reportedly exploring the option of allowing temporary farm workers from Mexico into the country in order to help with this fall’s harvest.

This response comes as farmers in the United States complain about the slow processing of visa applications. Of course, there are certain mitigating factors that are slowing down the processing of applications, among them being the COVID-19 pandemic that is bringing international travel to a halt.

Reuters quotes U.S. Farm Bureau President Zippy Duvall who said in an interview, “More than a quarter-million individuals participate in the H-2A program and help to sustain U.S. farms and ranches. We urge the administration to find an appropriate mechanism, either through an emergency waiver or some other means, to ensure that H-2A workers may continue to safely come to America’s farms and ranches.”

Proposed solutions to this bottleneck include issuing H-2A visas without first conducting interviews. Among the crops most expected to be impacted by this shortage include leafy greens, broccoli, cauliflower, and melons.

Another solution coming from the farm bureau envisions designating the needed employees as emergency workers. This status comes with less bureaucratic red tape and much faster processing time.

“It would be up to the State Department to decide on any emergency workers designation, to be able to pare down some of the regulations about workers coming into the U.S.,” Duvall commented.

Vice president of Fresh Harvest, the nation’s largest employed of H-2A labor, David Scaroni said of the need for seasonal workers, “A halt or a drastic slowdown in processing visas will have an immediate domino effect of the domestic food supply of this country,” said David Scaroni, vice president of Fresh Harvest, the country’s largest private contractor of H-2A workers. “No emergency declaration or short term provision will change this fact.”

The process is further complicated the US State Department’s suspension of routine visa issuance and related operations. Citing figures from last year, some 77,000 H2A visas were issued by this point in time. It is unclear whether the State Department plans on handling the seasonal worker situation separately from normal visas but, as multiple reports have indicated, so far no specific exceptions have been made for visa types. While new applications will not be processed, returning workers will be allowed to return according to officials familiar with the process.

A United States Department of Agriculture spokesperson said of the returning workers, “The U.S. Consulate General, Monterrey, announced that they will prioritize the processing of returning H-2 workers who are eligible for an interview waiver. Otherwise, the administration will continue to examine what authorities are available while ensuring public safety and health.”

President of the Grower-Shipper Assn. of Central California Christopher Valadez says that he and many others are working to ensure the integrity of the food supply chain, telling the Los Angeles Times, “We believe because of what’s planted and what’s going to be harvested that we can meet the demand and maintain the continuity of the food supply. The question is the labor equation. The crops are going to be there. But what are we going to be able to do to get the crops out of the ground?”