How Workers’ Compensation Payments are calculated 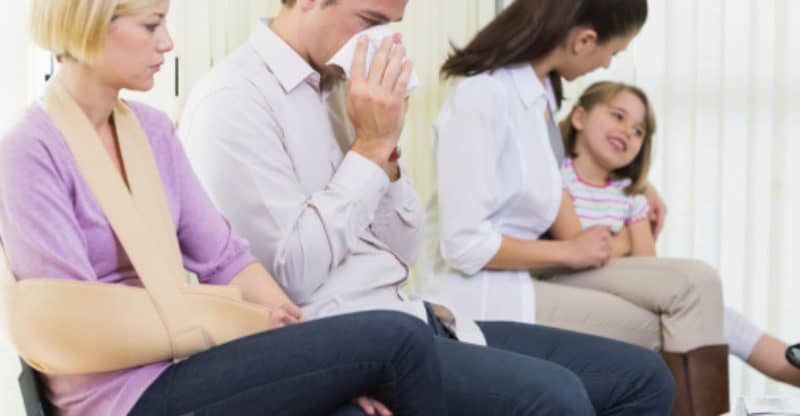 Rhode Island emergency room (ER) patients can expect to wait approximately 40 minutes to be seen by a doctor – unless they display symptoms of Ebola, in which case they’ll immediately be admitted, according to a recent report in GoLocalProv.

At 38 minutes, wait times in Rhode Island ERs are the thirdlongest in the U.S., behind only Delaware (43 minutes) and Washington, D.C. (48 minutes). At the other end of the spectrum is Wyoming, where patient wait times average 18 minutes. Rhode Island wait times are 10 minutes longer than the national average of 28 minutes, according to the report.

The ER national ranking data is produced by ProPublica and based on federal data from the Centers for Medicare and Medicaid Service. The ProPublica “ER Wait Watcher” tool also shows that Ocean State residents spend on average 152 minutes in the ER before being sent home (compared to the national average of 138 minutes), while admitted ER patients spend an additional 117 minutes waiting before being taken to their room – 20 minutes longer than the national average.

No Wait Time for Patients with Infectious Disease Symptoms

Wait times for ER patients, however, vary considerably from hospital to hospital and affliction to affliction. Within Rhode Island, for example, Rhode Island Hospital (the busiest ER in New England), has an average wait time of 88 minutes, compared to just 26 minutes at South County Hospital.

And if a patient has symptoms of Ebola – the infectious disease that has killed 4,500 people in West Africa and infected a handful of people in the U.S., spreading widespread fear of a similar outbreak stateside – he or she can expect a wait time of precisely zero minutes.

“There is no wait time for someone experiencing Ebola-like symptoms,” Christina Batastiniof the Rhode Island Department of Health, told GoLocalProv. “At EDs (emergency departments), there is signage at the entrance that asks patients who are experiencing flu-like symptoms and have traveled outside the U.S. in the last 30 days to go right up to triage desk. They are then brought to an isolation room.”

Rhode Island’s Ebola protocol is similar to measures already in place nationwide for so-called “high acuity” patients, or patients whose conditions present an immediate risk to their life or well-being, such as those displaying symptoms of a heart attack.

‘Outcomes Can Be Worse’ for Patients Forced to Wait

“For people who wait longer, the outcomes can be worse,” Brian Zink, chief of emergency medicine at Rhode Island Hospital, told GoLocalProv.

At Rhode Island Hospital, long wait times can be explained in part by high patient volume. The hospital’s Anderson Emergency Center sees some 285 patients per day and 104,000 per year.

But Zink isn’t making any excuses for long wait times at Rhode Island Hospital. It is implementing measures – including staffing its triage area with a doctor, rather than a physician assistant, during peak hours – in an effort to “get wait times down for everyone.”

Improving hospital efficiency and patient outcomes has been at the center of many health-care policy initiatives since the 2013 publication of a study that estimated preventable errors at hospitals are responsible for 400,000 patient deaths per year.