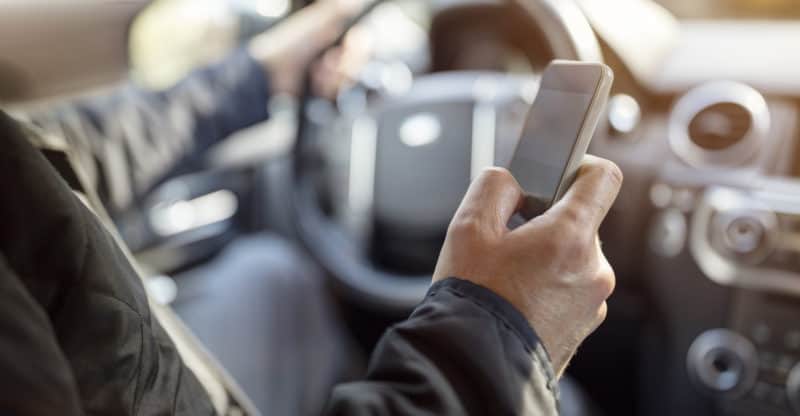 Washington state is getting tougher on drivers who use their cell phones while driving. Starting July 23, 2017, it will be illegal for drivers to use any handheld device while driving, including smartphones, laptops, tablets, video games and all other electronic devices.

Those who violate the law will be ticketed. Tickets will go on drivers’ records and will be reported to their insurance providers.

Drivers are still permitted to use Bluetooth (hands-free), to start their GPS or music before they start driving, or to use their phones while parked out of traffic. Drivers can also contact emergency services without breaking the law.

The new law classifies the offense as an E-DUI (Electronics DUI), or Driving Under the Influence of Electronics. The first offense will cost drivers $136.  A second E-DUI within five years will come with a fine of $234.

Drivers can also be ticketed and fined $99 for other distractions, like eating, groomign, smoking or reading, if that activity interferes with driving.

“With distraction-related crashes and fatalities on the rise in Washington, insurers are pleased to join with law enforcement and traffic safety experts to raise awareness of this welcomed new law,” said NW Insurance Council President Kenton Brine.

Lawmakers amended the legislation, according to the WA Target Zero campaign, because distracted driving-related fatalities are up 32% from 2014 and 2015 in the state. Among those fatalities, 71% occurred while drivers were using their cell phones.

In 2016, 774 car crashes were caused by cell phone use, the Bellingham Herald reports.  Five of those crashes were deadly, and six caused serious injury.