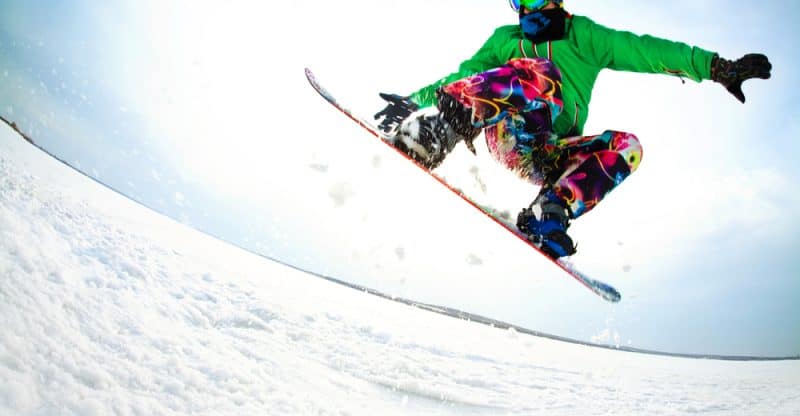 Winter sports are a great way to see a completely new side of nature. The mountains in the local area tower above towns and communities, providing everyone with a chance to see nature in a new way. One of the most popular winter sports is snowboarding. At the same time, some people might suffer serious personal injuries while snowboarding. What are a few of the top injuries that people suffer?

One of the most common snowboarding injuries is a broken wrist. When people are first learning how to snowboard, they realize that there is really only one way to stop. Most snowboarders sit down when they need to come to a stop; however, this process can be difficult for those who are new to snowboarding. As a result, some people end up falling forward instead of sitting down. When people fall forward, they reflexively extend their arms to break their fall. This also exposes the forearms to the ground. This is why so many people who go snowboarding end up with a broken wrist.

Another common injury that people might suffer while snowboarding is a knee injury. There are a number of ways that this might happen. For example, some people might end up colliding with a tree while they are out snowboarding. It is also possible for someone to strike one of the poles that support the chair lift. Finally, people snowboarders like to do jumps and tricks from terrain parks. They might end up landing on their head if they lose their balance on the landing. These are just a few of the ways that someone might suffer a head injury while snowboarding. While head injuries can range in severity, they always have to be taken seriously.

Finally, another common snowboarding injury involves the knees. People do not realize just how much they use their knees during the course of the day. When it comes to snowboarding, their knees flex and extend to help people keep their balance. On the other hand, if someone gets their leg caught on something while snowboarding, this could lead to a disastrous injury. The whipping and jerking of the knee could lead to a ligament tear. Some of the most common ligament tears that develop from snowboarding include ACL tears, MCL tears, and meniscus tears. These could require surgical repair.

These are just a few of the most common snowboarding injuries that someone might suffer. While snowboarding is a great sport, it is also important for people to do so safely. This is where taking a few lessons can be helpful. This could go a long way toward preventing a serious snowboarding injury.