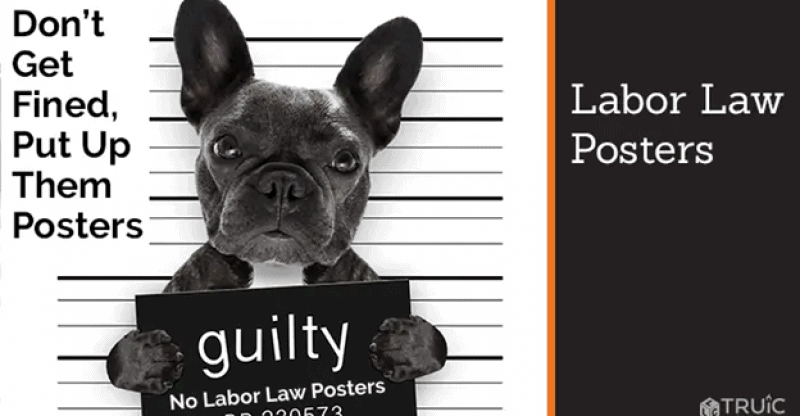 Labor legislation has been around since 1915 and has existed as a practice for more than 100 years. The labour law posters have helped protect and give equality to both genders and all races, as well as help improve working conditions, create unions and even help protect children when it comes to child labor laws.

All workforces have the legal duty to put up labor law posters so that employees are compliant with the rules and regulations that are set for them. Those that have failed to comply with this have met the consequences of having to pay for fines that can vary anywhere between $100 to $35,000.

Workers have to constantly update these types of posters, depending on the field of nature that their business is in and the amount of employees they have.

The types of labor law posters that are required

Labor law posters are set out by general labour laws from the state governments and the federation. There isn’t a certain guide for all states of having the same posters, but instead there are different requirements depending on the state that your business is operating in.

In the state of Georgia it is required for businesses to show a labor law poster that states the “Equal Pay for Equal Work Act”. This certain poster explicitly prohibits any wages that are unequal or seen as an act of discrimmination based on the genders.

Whereas in the state of Alaska it is required to display a poster that states the “Summary of Alaska Wage and Hour Act”, which specifies the minimum wage and pay rates for overtime. Even though it doesn’t state equality based on gender, it is a poster that is generally required for all employees.

However for the state of Florida, they do have a similar poster but it solely focuses on the minimal wage requirements. It is called the “Florida Minimum Wage” and it must be displayed in an area where it’s visible to employees.

But in the state of Minnesota, it is mandatory to display a poster that’s called under the  “Minimum Wage Rates” and states the requirements for rates of wages and overtime,  depending on the size of the business and employee rights.

Different requirements for posters can be found online and there are now extensive guides that can help new business owners and entrepreneurs with that. However, labor law posters have to display rights for employees against any types such as general discrimmination, minimum wages, legal age requirements for employment, equal opportunities, as well as health and safety protection. There are also “federally mandated” posters that every state has to comply with and will have to face punishment for their actions if they don’t.

Why were labor laws created?

The working conditions in the U.S during the period of the 1900s was made up of discrimmination, abuse of child labour and inequality. Working conditions were seen as hazardous and there wasn’t a fair union for workers or an entrusted community that would give them the basic human rights that they required.

In 1935, Senator Robert Wagner introduced the National Labor Relations Act (NLRA) and announced that, “Democracy cannot work unless it is honored in the factory as well as the polling booth; men cannot truly be free in body and spirit unless their freedom extends into places where they earn their daily bread.”

Society was then shifted into what we know it to be today, with children having the right to get education, as well as breaking the stereotypical barriers of gender roles and having diversity in working environments. Workers now have benefits and rights such as pensions, medical insurance and bonuses.

Having labour law posters shouldn’t be seen as an option for employers, but a requirement. It is what has helped make historical changes that we cannot ignore and can only continue to enforce in a working environment