How to Promote Your Law Firm with Educational YouTube Videos 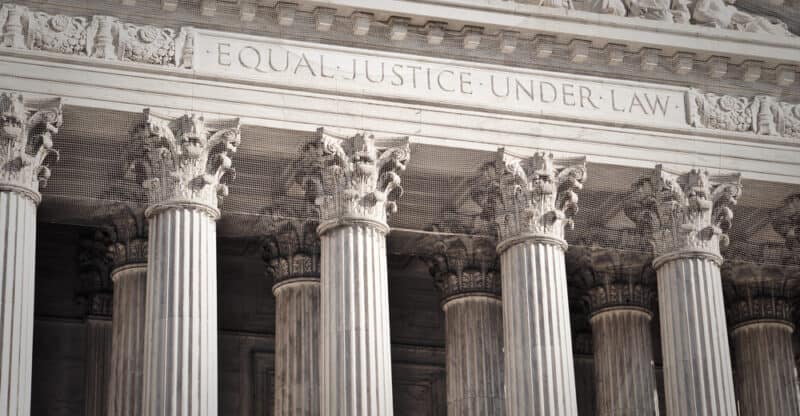 SCOTUS rulings in late June took many by surprise, with most hitting a conservative tone with one allowing a Trump policy to end. Nevertheless, the rulings mark a solid return to strict Constitutional law, which is quite a change from the past 50 years.

The Court decided on 13 cases between June 23 through June 30, but the majority only received a paragraph of coverage in the media. However, there were four that received national attention because of the controversial issues they covered.

While many made much over the overturning of Roe v. Wade, the real question was whether abortion was a right given to citizens under the U.S. Constitution. That is an essential question as the Constitution states that any element not addressed in the document would be left up to the individual states to decide and manage.

In strict Constitutionalist interpretation, the Court said abortion isn’t expressly stated as a right in the Constitution, so the states, with those elected by voters, should be the ones to decide on laws regarding it.

“These attempts to justify abortion through appeals to a broader right to autonomy and to define one’s ‘concept of existence’ prove too much,” the Court opinion states. “Those criteria, at a high level of generality, could license fundamental rights to illicit drug use, prostitution, and the like. Moreover, none of these rights claim to be deeply rooted in history.”

The Kennedy v. Bremerton School District decision decided that a football coach couldn’t be fired or disciplined for his outward religious practice, even on school grounds. In this case, school officials forbade Coach Joe Kennedy from continuing his practice of praying on the 50-yard line of the football field after games.

The Court ruled 6-3 that the school district has no business issuing such instruction as Kennedy’s prayer was a  private one. Moreover, the Constitution neither mandates nor permits the government to suppress religious expression, as represented by the school system.

The Court further ruled that Kennedy’s religious expression can’t be taken as representing the school system since it was a private prayer.

Biden v. Texas raised the issue of the Trump “Remain in Mexico” policy, where illegal immigrants were forced to stay in Mexico until their asylum cases could be heard in court. The court’s ruling means the policy was forsaken, upsetting some conservatives.

However, the ruling in a 5-4 vote was the approval of how a new administration ends a policy as it deems it a valid action. Previous court rulings questioned suspended the policy because of how the Department of Homeland Security (DHS) suspended it as it wasn’t done according to protocol.

As the case wound through the courts, DHS ended the policy completely, and the new issue of terminating it was brought to the U.S. Supreme Court. The Court sent the case back to the trial court regarding its termination rather than upholding the migration policy. The vote set standards that new issues must go through lower courts first, according to the U.S. Constitution.

One case that didn’t receive much media attention is Torres v. Texas Department of Public Safety. The focus was whether the federal government could intervene by authorizing damages in private lawsuits if a state government discriminates against military veterans. Texas contends it is a non-consenting state, making this a states’ rights issue.

In this case, the Court again ruled in a 5-4 decision in strict compliance with Constitutional law. The ratifying of the Constitution by the states came with the agreement that states’ sovereignty would end when it came to supporting the military. Therefore, maintaining the military is the one clear mandate and duty of the federal government.

It should bring some relief to people, even those who disagree with these decisions, that the Court looked to the U.S. Constitution before voting on these matters. This eliminates what has been called “ruling from the bench,” as done decades ago, and preserves the separation of powers.