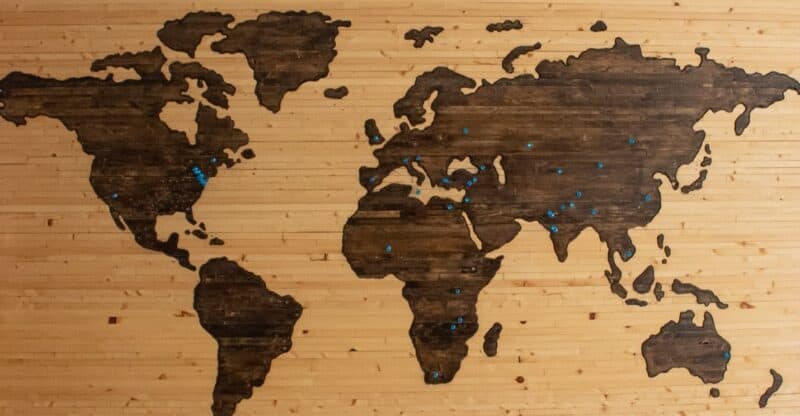 Direct selling is not easily understood in many countries. A lack of regulation has led to much confusion and misunderstanding. Because of the nature of the direct selling business model, almost every single company in the industry has faced challenges in new and emerging markets.

Certain countries have prohibited the sales of products through the direct selling business. Most recently, the Kingdom of Oman in the Middle East announced that it would not allow network marketing, a form of Direct Selling, due to a rise in commercial frauds caused by pyramid schemes operating under network marketing. Similarly, in several emerging markets, the government is scrutinizing the industry as it’s a new form of commerce in most of these places. Since QNET is a first mover in the industry in these countries, particularly in several African nations, the company comes under the scanner as authorities try to understand the business model. This, by no means, is a short process and is often accompanied by media coverage, creating a bias against the industry and the company.

In 2009, Rwanda’s Ministry of Finance issued a notice banning QNET because it didn’t localize operations. In response, the global e-commerce-based direct selling company opened a dialogue with Rwanda’s government to address its 2009 concerns. In 2012, the direct selling company rectified the situation and set up a local company in Rwanda. “Following that, the Ministry of Finance revoked the ban,” explains a company spokesperson. “This company now serves as our East African hub.”

The government of Saudi Arabia has also banned network marketing as a business model which applies to all the leading direct selling companies. They are allowed to sell their products through e-commerce. However, They cannot apply the direct selling business model to the sales strategy. The media often names QNET when covering the country’s all-inclusive ban on the industry because QNET was one of Saudi’s fastest-growing direct selling networks a few years ago.

Several news reports and blogs claim that QNET is banned in India. This is sadly a result of a misinformation campaign. However, QNET is not banned in India and, on the contrary, has been cleared of any wrongdoing by several courts in India. The most recent win QNET has achieved in the Indian justice system is here.

The High Court of Karnataka recognized the business legitimacy of Vihaan Direct Selling India (Pvt. Ltd), the franchisee of the QNET business in India, in January 2022. The court’s ruling also protects Vihaan from any coercive action while instructing Vihaan to cooperate fully with the investigation authorities.

Vihaan elucidated that it’s a direct selling company and not a financial establishment, as per the government’s allegation. Legal representatives of Vihaan explained that the direct selling company is not in the business of accepting deposits, which is why the provisions of the KPIDFE Act could not be used against it.

Vihaan Direct Selling first faced allegations of being a scam and pyramid scheme in India and has cooperated with all authorities in proper investigations since 2013. The Indian government has taken steps in the right direction to recognize and regulate the direct selling industry. Those steps include incorporating the direct selling regulations into the amendments of the Consumer Protection Act and creating the Direct Selling Guidelines of 2016 by the Ministry of Consumer Affairs.

The Global E-Commerce Leader Abides By All Laws

When QNET was founded in 1998, it offered only one product: commemorative gold coins. Instead, it features hundreds of products in various categories, including health, wellness, jewelry, and travel. It also operates in countries with the most sophisticated and stringent laws and regulations governing this industry, including Singapore, Hong Kong, and Germany. In addition, the direct selling company ensures its operations are entirely legal and compliant with local laws.

The direct selling firm “has always complied with local regulations in any country it has operated in, paid taxes, contributed to numerous philanthropic activities, and reinvested in the country,” says the spokesperson. “We also instill a strict code of professional conduct in our distributors and penalize those who violate our policies and procedures.”

Cybercrime Complaints Against QNET Dismissed by Indian Court in 2017

In February 2017, a cybercrime case was filed against the direct selling company under the penal provisions of the Indian Penal Code and the Information Technology Act. However, the Karnataka High Court dismissed the case, citing that the criminal legislation was “not even remotely applicable to the circumstances of the case.”

According to the judge, who dismissed the case: “Moreover, the dispute, if at all, is between a consumer and a direct seller and (is) out to be adjudicated under the provisions of the Consumer Protection Act. Consequently, the First Information Report and the charge sheet are unsustainable and deserve to be quashed.”

In January 2019, it received another favorable ruling from the Supreme Court of India. The court’s directive covered 60-plus FIRs