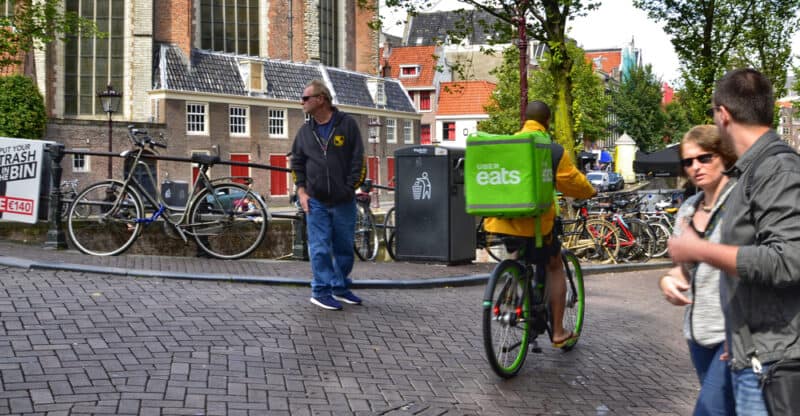 The term “gig economy” has evolved over the past few years to reflect the global change in people’s work. Some see it as a liberating ability to “moonlight” and make some extra money; others view it as a euphemism for the exploitation of people who should be granted full employment rights.

The European Union seems to be taking the latter view with its new rules to crack down on businesses that falsely declare workers as self-employed when they should have full employment benefits. It is estimated that of the 28 million gig workers in Europe, 5 million should not be categorized as “self-employed” but work sufficient hours with enough oversight to merit benefits.

In a press release, the European Commission said that many workers are entitled to a minimum wage, the right to collective bargaining, insurance against injury, paid leave, sick leave, paid vacation, parental leave, unemployment insurance, and pension. The Commission indicated it would conduct an investigation to determine which of these workers should be signed on as employees of companies and receive these benefits.

This directive is expected to transform 1.7 million to 4 million registered self-employed workers into employees with full benefits. This is determined by their ability to meet the criteria based on pay, supervision, and working hours.

This may be good news for Europeans who are driving an Uber at least 20 hours a week to supplement another low-wage job so they can support their families, but large and small businesses alike have registered complaints.

European business owners, which often give people side jobs under the heading of self-employment to save money, are complaining about closing this loophole. Some claim that they needed to hire self-employed workers because they can’t afford to pay benefits or a minimum wage and that those who signed on consented fully to the arrangement.

Businesses, workers, and some social commentators also point out that the self-employment arrangement gives workers a feeling of autonomy, flexibility, and leverage they wouldn’t enjoy if they had one main employer who expects a certain amount of loyalty in return for benefits.

Additionally, some workers argue that they would prefer to make more money as freelancers, pay for their benefits, and deal with a certain amount of uncertainty than settle for a minimum wage. However, freelancers usually make these arguments who make more than the minimum wage.

The European Commission will determine worker categories by analyzing digital platforms. Workers will have the right to challenge algorithms mainly responsible for being assigned specific tasks and payments by media. Under new rules, workers will be able to contest these algorithms when they seem vague or unfair.

What Do These Reforms Mean for Workers?

The European Commission has proposed these directives in response to workers’ protests, including virtual and physical demonstrations. For example, in Brussels, Uber drivers brought rush hour traffic to a near standstill to protest poor working conditions for gig workers.

Gig-workers have filed complaints that have been the subject of over 100 court cases in the European Union. A Dutch court ruled that Uber drivers are employees and should be given the same benefits as taxi drivers.

How Will Full Employment for Gig Workers Affect European Businesses?

Uber and other gig platforms have complained that these new rules will mean that the companies will have to pass the expenses onto customers, and they are concerned about losing their competitive advantage. Smaller companies say they may be forced to raise prices and go out of business.

Although the claims of some of these companies seem convincing, larger businesses may be able to absorb these expenses.

Some believe the gig economy developed from an unfair situation in the first place; people needed additional jobs because they were not being paid a living wage. However, higher-paid freelancers and businesses may not agree with this assessment. The result of these new directives from the European Commission remains to be seen, but it may mean a welcome shot at full employment for many gig workers.