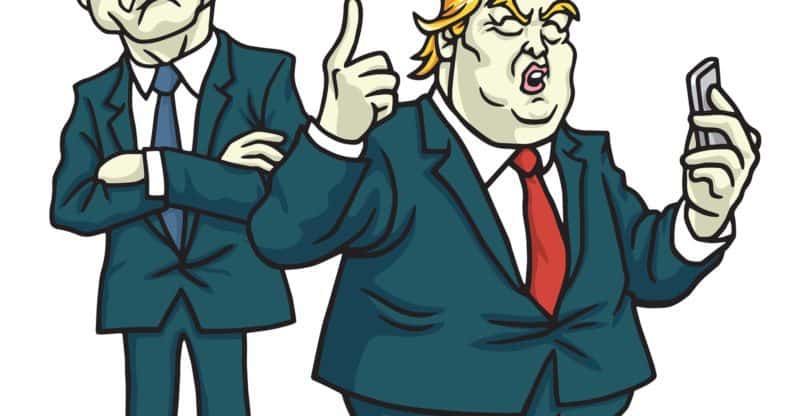 Sarah Huckabee Sanders, White House Press Secretary, said it was “pretty clean and clear” that former FBI director James Comey broke federal law. Sanders added that it was not her place to decide whether his actions were illegal.

“The Department of Justice has to look into any allegations of whether or not something’s illegal or not,” she said. “That’s not up to me to decide. What I’ve said and what I’m talking about are facts. James Comey – leaking of information, questionable statements under oath, politicizing and investigation. Those are real reasons why he was fired, and the president’s decision was 100 percent right.”

The White House Press Secretary said on Tuesday that the Justice Department should look into prosecuting Comey.

Trump fired Comey from his position as FBI director in May. The president said his reasoning for firing Comey was because of its investigation into the Trump campaign’s relationship with Russia.

The firing centered on a decision by Comey to share memos with a friend, encouraging him to share the information with the press. Comey maintains that the memos were unclassified, so sharing them was not an illegal act.

The White House says Comey’s testimony is inaccurate, and claims that he broke the law when he leaked the memos.

“I think that’s pretty clean and clear that that would be a violation,” said Sanders, referring to Comey sharing the memos with the press.

“The memos that Comey leaked were created on an FBI computer while he was the director,” Sanders said. “He claims they were private property, but they clearly followed the protocol of an official FBI document. Leaking FBI memos on a sensitive case regardless of classification violates federal laws including the Privacy Act, standard FBI employment agreement and nondisclosure agreement all personnel must sign.”

Experts disagree that Comey’s action was a clear violation of the law, and state that telling other people what the president said is not “leaking information” unless it was classified.