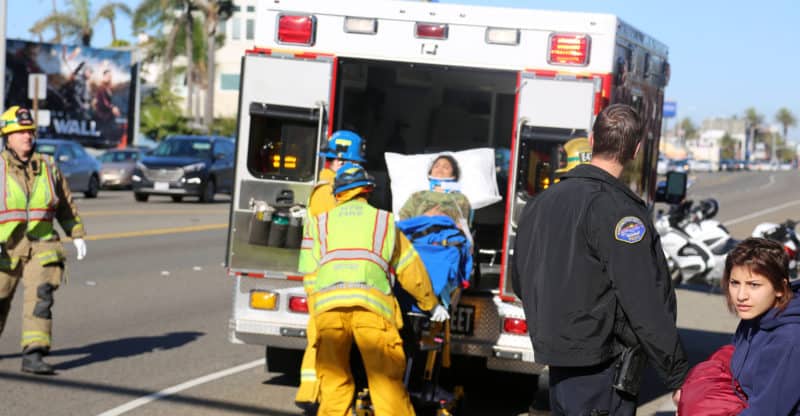 The city of Sacramento was hit with a $1 million lawsuit after a 19-year-old woman was allegedly fondled by a paramedic. After suffering a seizure, the woman was “unresponsive, strapped to a gurney and being taken to a hospital in an ambulance.”

The woman, whose name has not been released, suffered the seizure in her home on April 1, 2017, and was taken to the Kaiser Permanente hospital in Sacramento by the Sacramento Fire Department ambulance.

A paramedic intern was in the ambulance when Jared David Evans, Sacramento Fire Department paramedic, said “take a look” while motioning at the woman’s breasts.

According to the warrant “Evans then placed his hand down the front of V-Doe’s (the victim’s) shirt and pulled her breast out of the top of her shirt/bra.”

Evans reportedly then turned to the intern and said, “Sorry man, I had to.”

Police became aware of the situation after the paramedic intern told a Fire Department supervisor about the incident.

Detectives spoke with the woman six days after speaking to the intern. She said that while her eyes were closed and she was unable to move, she could hear everything the paramedics were saying. She told the detectives that she felt her breast being taken out of her shirt, but could not see who touched her.

The woman told the detectives that the paramedic intern could have been the one who touched her, as he was seated to her side. Evans was seated at her head. She says she would have felt his arm come over her shoulder.

Evans has denied the allegations. He was arrested and charged with misdemeanor sexual battery. His court date is scheduled for January 16 at the Sacramento Superior Court, and is facing up to six months in jail. He was placed on administrative leave at the time of his arrest.