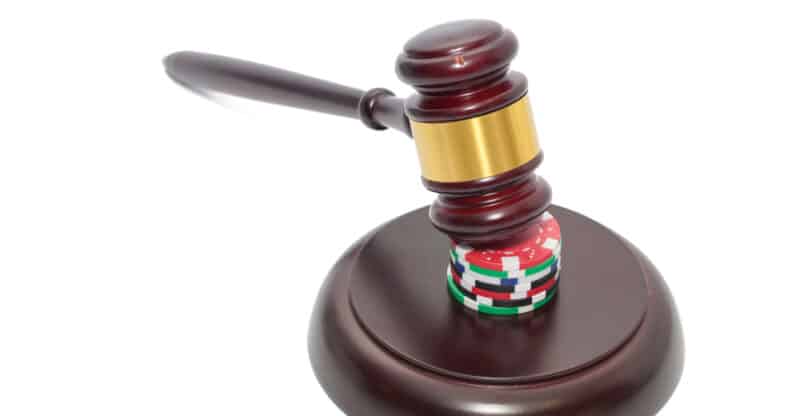 The gambling industry is snowballing. With the latest advancements in technology, online gambling is more popular than ever, while playing in a land-based casino is as appealing as it always was. Based on the latest data, the gambling market size reached $230.9 billion in value in 2021, showing no signs of stopping.

With millions and millions of players looking to gamble, many countries worldwide are looking to approve new laws and legalize gambling. Unfortunately, however, some of the gambling laws out there are just outdated and, quite frankly, plain weird.

With that said, we present the five most interesting gambling laws globally.

In Christianity, Sunday is the Lord’s Day, and in most Christian countries, it is traditional not to work on Sunday. However, whether it’s to uphold the tradition or to deter people from sinning on Sunday, the state of Alabama prohibits racing, hunting, and playing dominos or cards on a Sunday.

According to the Alabama Criminal Code, anyone caught in partaking in racing or gambling on a Sunday may face a fine. While you won’t get arrested, you might have to pay a fine between $10 and $100.

Alabama isn’t the only state with unusual gambling laws. For example, in North Carolina, it is illegal to host a bingo event two consecutive days in a row. Even though bingo is entirely legal in North Carolina, the state law is particular on how often you can organize bingo games.

Not only is it illegal to have two bingo events in two consecutive days, but you can’t have more than two bingo games within the same week. In addition, any bingo games you host cannot last longer than five hours at a time.

3. No Texas Hold’em in Texas

Texas has some of the strictest gambling laws in the country. Most forms of gambling are illegal, which goes for both online and land-based gambling. The only legal gambling activities in Texas are the Texas Lottery, bingo, raffles, horse and greyhound racing, and a handful of casinos.

4. No Dice for Craps

If you’ve ever visited a brick-and-mortar casino, chances are you’ve seen a craps game in your life. In most cases, it is usually the loudest table in the casino, especially when the dice are hot. But what happens when you’re not allowed to use dice to play craps?

Virtually the entire dice experience revolves around throwing dice, but according to gambling law in Canada, it is illegal to use dice to play craps. Instead, players have to use cards. Canada implemented this law to prevent fraudulent behavior and stop cheaters from using remote-controlled dice.

While most weird and unusual gambling laws come from the US, Monte Carlo caught our attention. As we all know, Monte Carlo is one of the most luxurious destinations in the world for poker players.

However, while casinos are in Monte Carlo, the law prohibits local citizens from entering a casino. Unless, of course, you’re employed in one. In other words, to make a profit or even operate in the first place, casinos have to rely entirely on tourists.

While we have included only several unusual gambling laws on our list, you should know that there are dozens of other weird laws related to gambling out there. Even though some of the laws we mentioned make sense in one way or another, others are straight-up confusing. So what about you, does your country have an unusual gambling law?