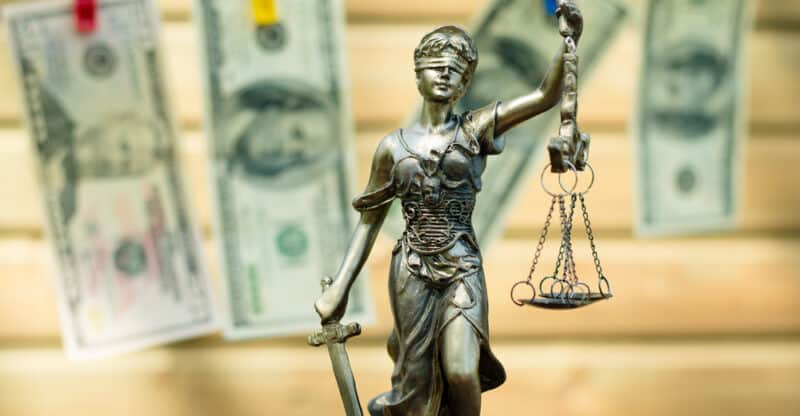 When someone takes illegal money from one source and makes it look like it came from another legitimate source, it is known as money laundering. Money laundering is the method criminals use to make the proceeds of their crime appear legal without raising suspicion when they use their money. Tracing money back to a crime is easier when the money is unlaundered.

The basic principle of “laundering” is that the people who have illegal money spread it out by investing it in several bank accounts, assets, and businesses, making it difficult to trace. Several crimes lead someone to hide the source of their money, but some of the most common selling illegal items like drugs, bribery and corruption, fraud, and tax evasion.

Typically, businesses that deal with high volumes of cash are used as a front for criminal activities and money laundering. They mix legitimate money with illegitimate funds, making it difficult to detect suspicious transactions. These businesses may include restaurants, nightclubs, pawnshops, beauty salons, and body repair shops.

These are several subtle signs that can indicate if a company is a front for money laundering:

One of the most common ways to recognize money laundering is complicated business ownership, several different entities, and complicated structures, all created to hide the actual ownership of assets and money. Often, the businesses used as a front for money laundering use overseas investors and shareholders to make it more challenging to scrutinize their activities.

It isn’t easy to ascertain who the beneficial owner of a company is most of the time since the primary contract person is an acting nominee. The transaction architectures will also be challenging to understand.

The company makes strange movements concerning their money or assets. Unplanned transactions, selling assets below market value, and sudden movement of resources without a previous announcement are apparent signs of unlawful activities. There is often evidence of frequent, high-value transactions involving very short dwell times of money in a bank account, accompanied by transactions to just a few sources. In other words, these companies don’t follow the standard business trends of either having a few customers and many creditors or few creditors and many customers. Money laundering companies have very few creditors and customers.

Another method often used is buying items for much more than they are worth is a way for businesses to launder gains and not pay taxes.

Some actions speak louder than words. For example, when a significant private monetary placement is lost within one tax year, but the same investor places another similar amount in the next financial year, this calls for a closer investigation, particularly if investors don’t question it.

Monetary transactions require detailed information, but businesses laundering money lack the accompanying documents for investments and payments. This is seen mainly in companies with cash transactions, where they covertly add additional funds to boost their turnover. Unusually high transactions in cash-based businesses that don’t correspond with the turnover of similar companies are a warning sign of irregular activities. Cash transactions also include paying employees’ black’ salaries to unregistered employees in cash.

The above methods often used above haven’t even considered digitization methods that allow several online financial transactions and entertainment options for money launderers.

Regulations against money laundering are strict, and recognizing the signs is valuable if you don’t want to have dealings with companies that could end up implicating you too. However, it is up to every person to perform due diligence checks to avoid getting involved with ‘dirty’ money businesses as far as possible.