How to Legally Apply For A Business License 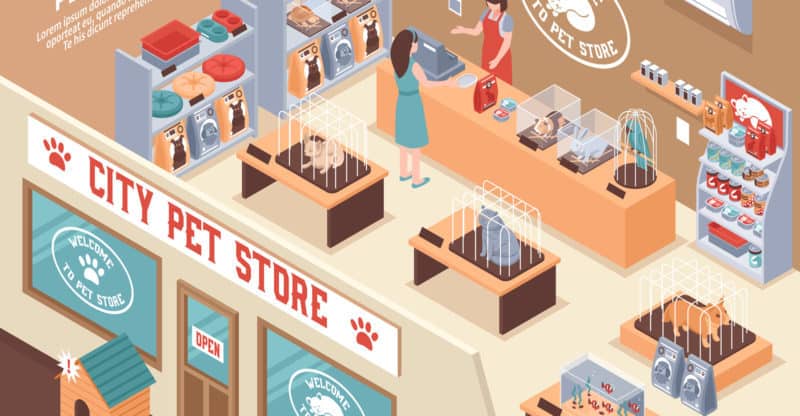 A new bill in California would prohibit pet stores from selling animals that aren’t from an animal control organization or animal rescue.

But pet owners and animal organizations have mixed feelings about the new law, recently signed by the governor.

The goal of AB 485, according to its authors, is to stop or reduce the flow of animals from “puppy-mills,” or facilities that are overcrowded and have unsanitary conditions. Pets from these facilities are often deprived of food, water, veterinary care and socialization.

Federal and state legislation is already in place to regulate puppy mills, but supporters of AB 485 say the standards are too low. Under federal requirements, cages only need to be six inches larger than the animal and only need to be cleaned once a week.

The bill also aims to reduce the amount of money taxpayers pay each year to house animals in shelters.

Numerous animal organizations have come out in support of the bill, including The Humane Society of the United States and the ASPCA (American Society for the Prevention of Cruelty to Animals).

Several professional breeder organizations have come out against the bill, including The American Kennel Club (AKC) and Protect the Harvest.

The AKC says the bill harms breeders and owners of pet stores.

“It has never been more important than it is now for all dog lovers and those concerned about the future of our breeds to work together to preserve the freedom of individuals to choose from a variety of pets and to find one that is the right match for their lifestyle,” the AKC said in a statement on their website.

“Most pet stores in California already banned the sales (of mill animals),” says Lynda Cavallero, who works with rescue organization Raining Cats and Dogs. Cavallero questions how far the regulations will go.

But supporters of the bill say there’s a difference between pets you buy in the store and buying form a reputable breeder.

Many people argue that the bill will limit people’s freedom when choosing a pet, but 33 cities in California already had similar laws in place before the bill was even introduced.