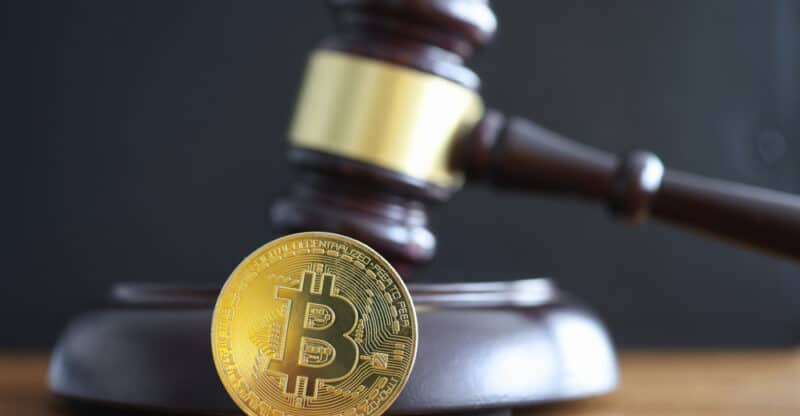 Cryptocurrencies are founded on two essential principles – they are decentralized and unregulated. That means they are not backed by government authorities or institutions, making them popular with some investors. However, government agencies and policymakers worldwide are preoccupied with how to regulate them to protect investors and monetary policies.

Proposed legislation from the Biden administration outlines ways to regulate the crypto market. However, Jerome Powell, Federal Reserve Chairman, and Gary Gensler, Security and Exchange Commission (SEC), have also expressed concerns about the lack of regulations.

U.S. cryptocurrency regulators aim to stop cryptocurrency crime, tax evasion, regulate stablecoin and crypto investments (ETFs and other funds). As they ponder these, some court rulings could change the monetary world.

When the Bitcoin Savings and Trust operator, Trendon Shavers, came up against the SEC for defrauding investors, he was fined $40 million for fraudulently accumulating 700,000 Bitcoins. At the time of his arrest for the type of Ponzi scheme, these were worth approximately $64m.

According to CoinDesk, the Texas magistrate, Amos L Mazzant, defied guidance in the 2013 FinCEN that Bitcoin is not considered a currency, therefore, not legal tender. Instead, he ruled bitcoin as a form of money because it is a currency.

This case also provided a precedent as to how cryptocurrency damages are assessed. In this case, the judge ruled on the average daily price of the crypto when the scheme was uncovered, perhaps setting a precedent.

State of Florida vs. Espinoza

In August 2021, the case between the state of Florida vs. Espinoza for money laundering charges was dismissed. The money transmission charge brought against Pascal Reid, and Michell Abner Espinoza was because it exceeded the exchange limits of the state. However, the defendants invoked the IRS guidance about bitcoin not being money. The Bitcoin Foundation filed an amicus brief, and the charge was dismissed because of the state’s ambiguous statute and indecisiveness on regulating bitcoin.

In another recent ruling, U.S. District Judge Jed Rakoff ruled that bitcoin is money during the case against Faiella. The judge was called to assess if the CEO of the defunct crypto exchange BitInstant, Charlie Shrem, helped Robert Faiella supply Silk Road users with bitcoins. The final charge was operating a money transmitting business without a license, money laundering, and willfully failing to report suspicious activity.

During the case, Faiella argued that cryptocurrencies aren’t money, but the judge ruled that anything accepted as a medium of exchange or payment has value and qualifies as money. Finally, the defendants pleaded guilty and agreed to pay a fine.

The head of the Silk Road, an online black market, was Ross Ulbricht. In 2014, he was indicted on charges that included drug trafficking, computer hacking, money laundering, and partaking in a criminal business on the dark web. He fought his case by also citing flaws in the legal definition of money laundering and that cryptos are not legally money. Instead, Judge Katherine Forrest argued that bitcoin is used to launder money and can be exchanged for legal tender. Recently, Ulbricht lost his life sentence appeal.

In the case between the New York Office of the Attorney General vs. Bitfinex, Bitfinex was investigated for allegations of fraud and misleading investors. During the case in the New York County Supreme Court, the judge heard allegations by the prosecutors on how the stablecoin firm of the exchange, Tether, covered up a loss of US$850 million. As a result, the court ruled the investigation into the company must continue, but Bitfinex is fighting the decision.

Companies take their trademarks seriously, and the law does protect them, as seen in the case between software giant Oracle vs. CryptoOracle. The case against the blockchain startup by Oracle was for trademark infringement since the name Oracle was used to boost the startup’s reputation. Initially, the tech giant tried to solve the issues outside of court but was forced to take it further when the startup filed for a trademark.

Cryptocurrency use is increasing globally, with their overall market cap reaching $3.3 trillion in early November. As policymakers debate how to regulate them, court rulings are taking precedent over the slow pace of regulators, helping to change the monetary world for businesses and consumers.