Cryptocurrency Court Rulings that Could Change the Monetary World 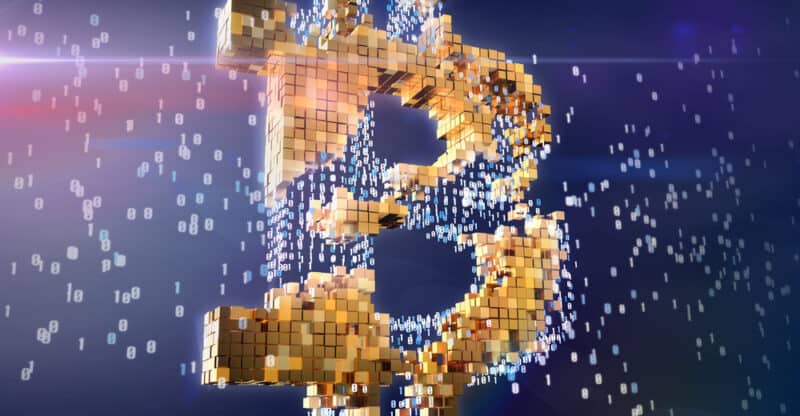 Earlier this year, a huge interest in cryptocurrencies caused prices to surge, only to be followed by a crash in April, after comments made by Elon Musk. No one can deny the steady growth in their acceptance, and many investors anticipate crypto-friendly regulation in the U.S. But there are complexities to finalizing rules for these digital assets.

The framework regulators need to address includes more than just cryptocurrencies. They need to consider blockchain technology, digital bank currencies, electronic payments, and NFTs before even sitting down to finalize regulations.

President Joe Biden nominated the crypto-friendly Gary Gensler to chair the U.S. Securities and Exchange Commission (SEC) Gary Gensler. Still, the task of creating the regulations will not fall solely on him. Since the issues extend beyond the border, the U.S. bodies are called to offer their cooperation and coordination efforts globally.

Input is going to be needed from more than just the SEC, according to the experts. Several challenges are expected to arise from some of the other powerful market regulators expected to be included in the process. These are likely to include Treasury, the Federal Reserve Board, the Commodity Futures Trading Commission (CFTC), and FinCEN. The obstacles expected include frictions, differing interpretations of cryptocurrencies, and jurisdictional overlap and friction among regulators.

In the U.S., the IRS treats digital currencies as property, the SEC as securities, the CFTC as commodities, and Treasury as currencies. The Financial Stability Oversight Council (FSOC) leader, Janet Yellen, is a crypto skeptic, and she may be called to set the general course of the discussions. She had remarked last year, “Cryptocurrencies are of particular concern. I think many are used, at least in the transactions sense, mainly for illicit financing.”

This comment caused fears of tighter regulations, and crypto prices plunged by almost 5%. Yellen subsequently softened her tone, saying she intends to work closely with all involved to encourage legal activities for all fintech innovations and proper stakeholder input.

Enforcement has been a priority for the SEC and the CFTC. They have been on the lookout for fraudulent tokens and initial coin offerings (ICOs) not conforming to the existing regulations.

The SEC recently made observations on their examinations of broker-dealers, exchanges, investment advisers, and transfer agents. They noted that these must advance their compliance programs concerning digital assets because of the unique risks they present.

The challenge regulators face in creating new regulations while enforcing existing rules on cryptocurrencies. They also need to be careful not to smother further innovation. It remains to be seen how the SEC will take up these issues soon. There are currently pending applications for exchange-traded products (ETPs). These are like exchange-traded funds (ETFs) but are invested or held in cryptocurrencies.

There is no doubt that many regulatory gaps need to be filled, and very soon. Moreover, many feel Gensler is the right person to tackle this issue, given the success of his overhaul of derivatives and swaps markets during the financial crisis of 2008. Others hope that cryptos are at the top of his agenda.

The reasons why prior ETP applications have failed so far include liquidity, manipulation concerns, and underlying price transparency. However, Canada and Europe have approved several of these, and they function relatively smoothly on their commodity exchanges.

Other areas regulations will affect

One of the most significant areas regulation will affect is the record-keeping database, blockchain. This digital ledger and other decentralized technologies are proving useful in banking, finance, and trading too. Meanwhile, there are also strong advocates for creating a digital dollar, of which former CFTC chairman J. Cristopher Giancarlo is one.

The space of non-fungible token (NFT) is also authenticated by blockchain and has caught the interest of the art world and auction houses. The sale of digital images of collectibles, art, and so much more is growing.

Blockchain is expected to revolutionize the collectibles market. Financial regulators or the courts may need to be called to decide NFTs are security or commodity investments.

How are cryptocurrencies evolving elsewhere?

Several countries are at the forefront of establishing crypto-friendly regulations. These include the EU, Singapore, Bermuda, and the UK. Meanwhile, India and some African countries have either prohibited or restricted citizens from owning or using cryptos, which was also recently seen in Turkey.

In India, they plan is to promote blockchain technology while banning all private crypto assets. The main concern for the Reserve bank of India is the risks of the financial stability of these digital currencies, and they are also in the process of considering a propreitary digital currency.

Meanwhile, the EU introduced the Markets in Crypto-Assets Regulation (MICA) proposal last year. This is set to affect all issuers and service providers of crypto assets if adopted. There are fears that an over-regulatory system in the Union could deter future innovation.

It remains to be seen how fast the U.S. will follow in the footsteps of other countries. Many feel that they will adopt a wait-and-see approach before finalizing any digital currency laws.