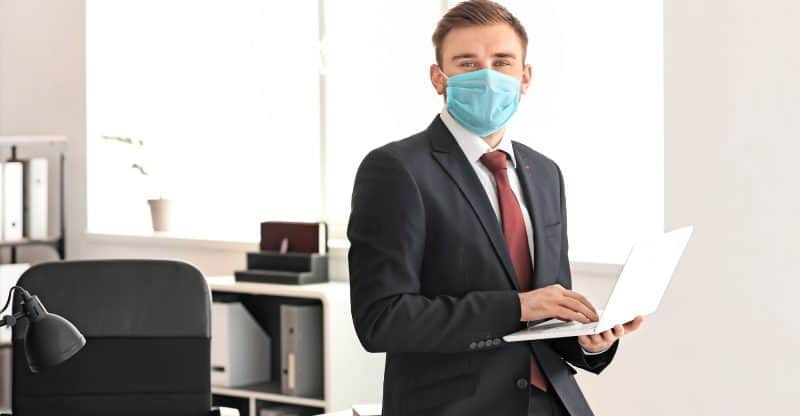 With the coronavirus having shut down many in-person activities for the foreseeable future, courts and legal professionals are being forced to grapple with their responsibilities without the use of their in-person facilities. This has proven to be an immense challenge, and a myriad of legal professionals have already developed some clever innovations to ensure they can fulfill their obligations despite the hurdles erected by the continued spread of COVID-19. Even the Supreme Court is reshaping itself in the wake of this pandemic.

From an increased reliance on video technology to the unprecedented digitization of previously-inaccessible court materials, here’s how legal professionals are responding to virtual courts and COVID-19.

Arguments are being delayed

One of the most impactful developments brought about by COVID-19 is the nearly-unprecedented fact that oral arguments are being delayed in the Supreme Court. This has technically happened before, but even then, it was incredibly rare; oral arguments in the Supreme Court were once temporarily suspended in the late 1790s and early 1910s due to health concerns centered on Yellow Fever and the Spanish Flu. Those courts didn’t have digital technology to rely upon, however, which is why today’s court shutdown is something new entirely.

In the United Kingdom, it was recently announced that all major pronouncements of the UK Supreme Court would be issued to the public via video. An entire generation of legal professionals and everyday citizens will soon discover what it’s like to receive critical legal information from a video over the internet. Legal scholars are doubtlessly excited at the research opportunities being made available by this crisis, though we may not understand the full impact of COVID-19 on our legal system for years to come.

Legal professionals like those at Lilenfeld PC have already been digitizing their operations in recent years, but even the most tech-savvy of legal professionals were caught off guard by the spread of COVID-19, which surprised medical experts and thwarted many early containment efforts. Nevertheless, persuasive reasons to digitize the courts have been offered for years by those legal professionals who understood that digital technology was the key to our legal future.

Virtual proceedings are springing up

Perhaps the most notable development is the fact that virtual court proceedings are springing up in areas where it’s still too dangerous to congregate in-person. According to one extensive report from the Post-Journal, Judge Paula Feroleto of the Eighth Judicial District has mandated that virtual proceedings be offered for all essential court matters. We’ll likely see legal authorities in a wide variety of other areas replicate this decision, as judges, jurors, legal professionals, and everyday citizens won’t feel comfortable crowding into courtrooms for at least another few weeks.

Legal professionals have been capably responding to the coronavirus by digitizing courts with a new level of enthusiasm. While the digitization of our legal system began before the arrival of COVID-19, this pandemic has hastened the rate at which courts and private legal practices are embracing things like video.