What Is The Average Retainer Fee For A Divorce Lawyer?

How Will Divorce Affect Your Small Business? 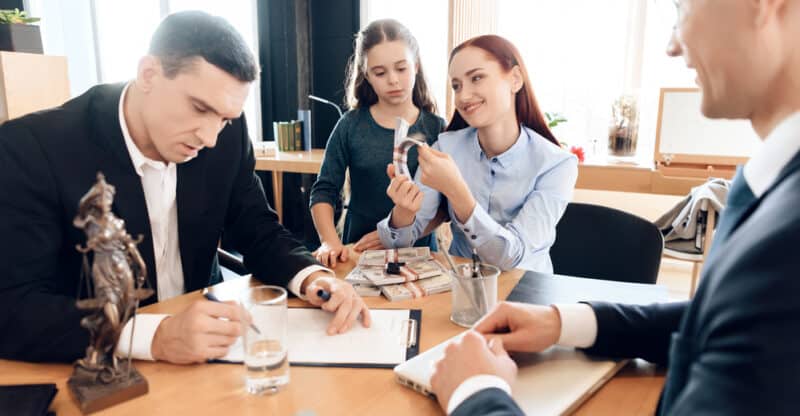 Alimony isn’t the same for every divorce, and not all divorces will result in alimony payments.

Maintenance or spousal support is also known as alimony. This is a payment made by the higher-earning spouse in a divorce decree. However, the spousal support awarded is not always permanent. Sometimes it is just temporary until the divorce is settled.

If two spouses cannot reach an alimony agreement or cannot agree on the length of time the alimony must be paid for, a formal motion is filed with the court. Here a judge is called to decide.

When is Alimony Awarded?

Divorcing couples sometimes have unequal earning power, and alimony payments are designed to balance these out. It is up to a judge to assess if one spouse has a greater financial need or on whether one of the two can pay alimony. Alimony is not usually awarded to a spouse if the marriage is short.

How Do the Courts Decide the Alimony Amount?

There are three things a judge will look at before setting an alimony amount:

An example: A husband with a $5,000 salary filing for divorce has a stay-at-home wife with three young children and no income. If the state formula entitles the wife to monthly child support of $1,650, but she wants $2,300, she must convince the judge that her basic monthly needs, including house payments, are so much. The judge decides if her spouse can afford it and if yes, she may be awarded an extra $650 in spousal support.

A judge looks at the ability to earn of the spouse not currently working, this is also called earning potential.

An example: If the non-working spouse is a doctor who took time off to raise the children and support the other spouse’s career, they are offered initial support until they can re-enter the workforce. This may not be long-term, but temporary.

Sometimes, a spouse is deemed underemployed by the courts, something they may be doing deliberately. Sometimes the judge might work out the alimony amount based on their potential earnings, rather than on the amount they are currently earning. This is referred to as imputing income for support.

An example: A doctor working in a big city has potential earnings of $200,000 per year, but decides to practice in a smaller town, where the potential annual income is only $90,000. The judge may impute the income by basing it on the higher income unless the person can present evidence on why they changed jobs.

Where are Savings Included in a Standard of Living?

Arguing the rule of maintaining a standard of living is not always easy, especially where savings are concerned. In California, Virginia, Wisconsin, and North Carolina, savings accounts are considered part of the standard of living. The same does not apply to Hawaii and Florida.

The most common alimony payments are made monthly, but they are sometimes awarded in a lump-sum payment.

Lump-sum alimony payments cannot be terminated or changed later, whereas monthly alimony can change when the supported spouse remarries or cohabitates, either spouse dies, or any other significant event occurs (this can include the supported spouse getting a high-earning job, or the retirement of the paying spouse).

How are Alimony Awards Enforced?