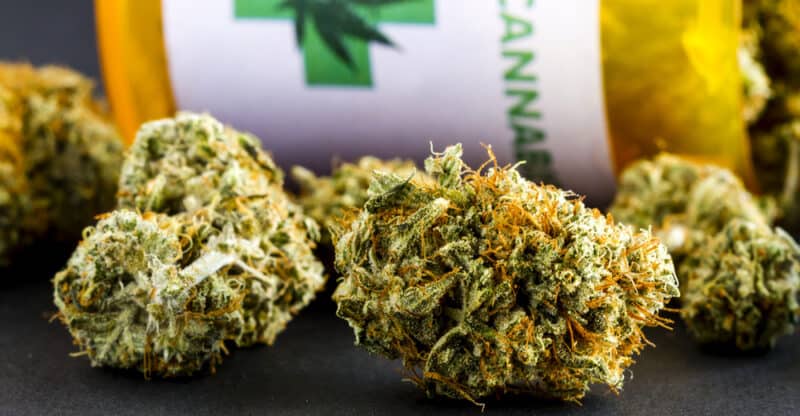 Everyone knows the effect that Covid-19 has had on residents of the U.S. People lost jobs, many went on public aid, and those that had previously reduced or stopped abusing alcohol and drugs found their way back to these dangerous behaviors. According to Leafly, a publication written for the cannabis industry and cannabis users, Americans purchased over $18 billion in cannabis from April 2020 to April 2021. This is nearly an $8 billion increase as sales were only $10.7 billion in 2020.

Covid-19 is not solely to blame for the increase in substance abuse. More states have moved to legalize marijuana for either medical or recreational use over the past several years, leading to more people using it. Today, 48 states have legalized some form of cannabis use. It is legalized recreationally in 16 states, including most of those on the progressive West Coast.

According to Veriheal a company in the cannabis industry, as more states legalize the use of marijuana, more and more people are visiting physicians asking to be approved for a medical marijuana card, which saves the user from paying hefty taxes, which are applied to sales to recreational users. While the card costs between $200 – $300 in most states, users find it worth the investment, especially if they are frequent users.

Statista.com reports that in April 2020, nearly 30% of cannabis users in the U.S. surveyed state that their use of marijuana increased during the pandemic. While 5.7% reporting reducing usage or quit using the drug.

Alcohol Sales Up During Covid-19:

Cannabis is not the only industry that has seen an increase.

There is no question that the hospitality industry has been hard hit during the pandemic. Travel virtually stopped; people stayed home more and did not go out to dine at the same frequency as before the Covid-19 outbreak. Restaurants and bars had to find new revenue streams to stay open. Many states approved carry-out alcohol from restaurants that previously could only serve alcohol on-premises. This meant that alcohol was easier than ever to get for consumers.

During the pandemic, many restaurants and bars relied on carry-out businesses to keep them afloat. Those that previously served customers on-site were now tasked with taking phone orders and prepping food for pick-up and delivery. Carry-out services reached an all-time high, apps appeared for online and home delivery of liquor sales. Many scheduled zoom cocktail parties as a way to stay in touch with friends.

One home delivery service, Drizzly, estimated their home delivery alcohol sales were up around 350% from a year ago. They recently raised around $50 million so they could expand their operations to meet the growing need for home delivery.

According to Nielsen’s market data on alcohol use and sales, total alcohol sales outside of bars and restaurants surged up to around 24% during the Covid-19 outbreak. They also found that the sale of spirits with higher alcohol levels accelerated more than 27%. This shows that those that typically drank beer or wine have switched to hard alcohol like vodka, rum, and whiskey.

What Caused the Rise in Cannabis and Alcohol Usage?

Medical Marijuana News reports that as the Covid-19 numbers increased, more people have been honoring the stay-at-home orders. Many Americans responded to the safety protocols by staying at home and purchasing (often stockpiling) products that they felt were necessary. For many cannabis users, this meant purchasing enough marijuana to last them during the stay-at-home order.

The Importance of Cannabis During the Covid-19 Pandemic:

As the general public raided stores for toiletries, food, paper products, water, and other essential items, a study conducted by AmericaMarijuana.org found that to many Americans, cannabis means as much as their necessities.

The study showed that out of 1,000 marijuana users surveyed, 28% found cannabis was more important than face makes. The survey also found that 5% valued their marijuana more than food! A whopping 49% of cannabis users stocked up on cannabis along with toilet paper.

A report from Politico found that in some states, the sale of marijuana in states with the legal sale of marijuana increased by 20%. In addition, dispensaries were considered an essential service, so while other businesses were suffering, the marijuana industry was thriving like never before.

The reason for the increased use and hoarding is based on this feedback:

The Need for Other Cannabis Products Increase Along with Covid-19 Numbers:

Many of the surveys and studies have been focused on the use of marijuana flower, which has always been the most popular cannabis-based product, but dispensaries sell more than just flower. While 62% of cannabis users purchased “flower,” other products have also seen an increase: