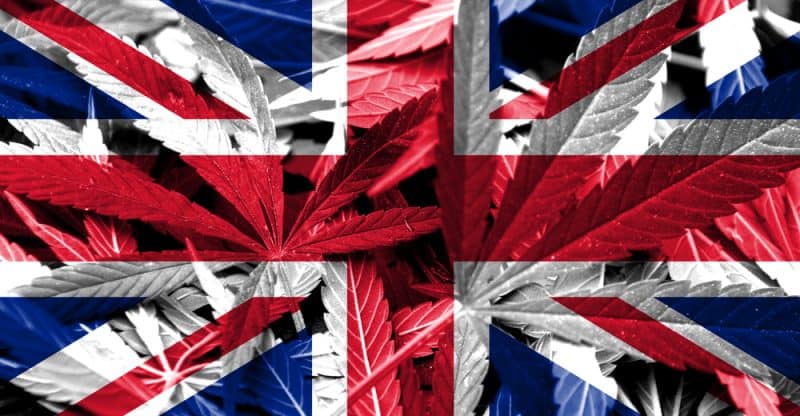 The UK may completely legalize cannabis within the next decade, according to a group of MPs who visited Canada as part of a research trip.

Canada legalized cannabis for medical and recreational use. Today, citizens can purchase marijuana, legally, from a Canadian cannabis clinic or other regulated facility.

Cannabis is still illegal for recreational use in the UK, but medical marijuana is legal. It’s designated as a Class B drug, and those caught with cannabis could face up to five years in prison.

Sir Norman and Mr. Lammy predict that cannabis will be full legalized within the coming decade.

Mr. Lammy calls cannabis a “cash cow for organized criminal gangs.” The UK’s illegal cannabis market is estimated to be worth $1 billion per year, according to the National Crime Agency.

Sir Norman became the first serving British MP to openly use cannabis oil on camera as part of Newsbeat’s documentary on the trip. The Lib Dem has been outspoken about his use of cannabis oil for relaxation and to improve his sleep.

Sir Norman took the drops of cannabis oil, which contained THC, prior to his flight. He slept “very well” on the plane, he claims, even sleeping through breakfast.

Mr. Djanogly believes the UK has a “lot to learn” before it can legalize recreational use, but he does see it happening “at some point.” Building legal cannabis factories in the UK may boost employment in former industrial cities, he said.

But the trip was not without its problems, the MPs said. In Canada, illegal cannabis providers are still thriving. The limits on licensed products has meant a greater demand for edibles and other cannabis products. For this reason, half of all cannabis purchased in Canada is still coming from illegal sources.

Despite the MPs prediction of legalization, the government says it has “no intention of changing the law.” A Home Office spokesman told Newsbeat that legalizing cannabis would do nothing to “eliminate the crime committed by the illicit trade,” nor would it address the issue of drug dependency and its detrimental effects on families and society.