Why Workers’ Compensation Insurance is Not Enough for Your Small Business 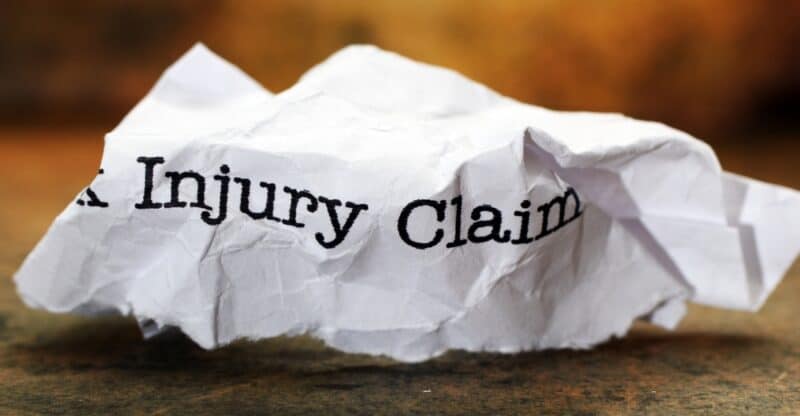 These are the most common types of personal injury claims:

Car accident compensation claims are the most common throughout the US since millions of Americans are either hurt or killed in them annually.

There are several causes of accidents, but distractions and drivers driving under the influence are high on the list. These accidents include collisions between different vehicles, including cars, trucks, motorbikes, buses, and sometimes pedestrians. It is not always easy proving who is at fault, making settlement complicated. States with the highest car accident claims are Michigan, Louisianna, California, and Florida.

Medical malpractice lawsuits resulting from negligence and incompetent care by nurses, doctors, and other medical professionals are second on the list of common types of personal injury cases in the US.

Across the US, more than 800,000  victims of slips and falls are hospitalized, and 9 million people visit emergency rooms for slips and falls. In addition, they are the third most common type of personal injury lawsuit.

Slip and fall accidents most often cause serious injuries, including severe fractures, spine, back, and brain injuries. Often these injuries mean the person is either unable to return to work for extended periods or has permanent disabilities.

Aggravated assault cases are highest in California, followed by Texas and Florida. Any intentional act to cause harm, even if it was just a threat, is considered an assault. Gun-related assault injuries are the most common type of assault in personal injury claims. Assault, unlike other personal injury claims, does not arise from negligence, and these types of claims often involve additional criminal charges against the person.

Employees often file personal injury claims against their employers for work-related injuries. These claims vary according to the reasons for the accident, whether it was an unsafe working environment, malfunctioning equipment, or lack of training. Workers Compensation covers most work-related injuries in the US. The jobs responsible for the highest number of workplace injuries are material movers, laborers, nursing assistants, and trailer drivers.

Despite regulations, the construction industry is a dangerous field that often results in injuries because of hazardous materials, heavy equipment, and falling debris.

According to labor laws, employers must provide benefits for work-related injuries and offer a lump sum for disabilities, whether permanent or partial. Failing this, employees can seek personal liability through legal means.

Defective product claims arise when defective or unsafe products result in injuries. Most businesses adhere to stringent rules during the manufacturing process of their products. It is up to the injured party to prove that the product was defective with product claims.

Some personal injury cases result from emotional rather than physical injuries. Statements, especially published ones capable of damaging someone’s reputation, can affect their earnings or even earning capacity. Slander can also lead to this type of humiliation. The basic laws for defamation and libel are the same in all the states. However, the statute of limitations varies, and in some states, a person can be arrested instead of just sued.

Dogs bite millions of people in the US annually, and thousands of these need medical care. Depending on the state, the dog owners will most likely be held accountable.

In “strict liability” states,  dog owners are legally responsible for the bite or attack in a public place or if the other person was lawfully on their property. In these states, even if the dog has never acted aggressively or bitten someone before, the owner is still held accountable. In other states, dog owners are held accountable if they know their dog is likely to attack.

These eight types of personal injury cases are the most common. These are primarily accidental injuries but often very difficult to prove and receive compensation without a personal injury lawyer.