How Drug Rehab Centers are Helping Combat the Opioid Epidemic 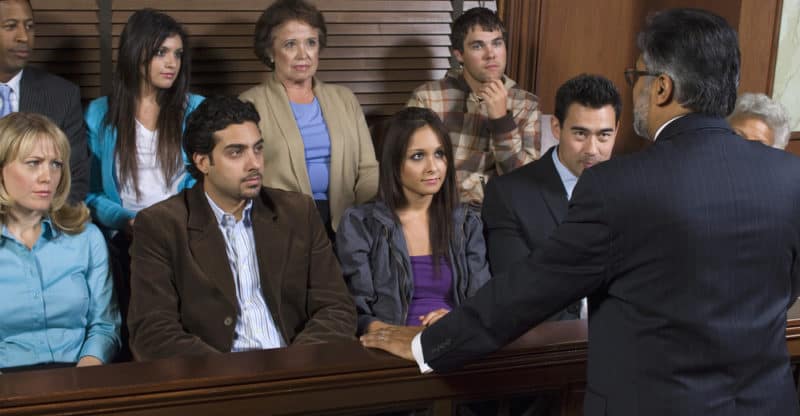 Being summoned for jury duty, while a civic responsibility, is rarely considered to be “fun.” Ignoring jury summons, however, can easily have consequences.

The penalties for missing jury duty vary by state and on the Judge whose court you have been called to appear in. While state laws set boundaries on financial and other penalties, the Judge has broad discretion when to follow up and the extremes to which s/he is prepared to go to track down and/or punish an unwilling juror.

Who Can Get Called for Jury Duty?

People eligible for jury duty include candidates who fulfill the following criteria. They must be:

People try all kinds of things to avoid jury duty. The grounds on which one can be excused vary by state, but some legitimate grounds can be cited to be let off, while some other commonly used excuses will not work.

Below lists some commonly accepted reasons for not being required to be on jury duty:

How Often Can Someone be Called for Jury Duty?

State laws also govern the frequency of calls to jury duty. Some states, for example, will not allow people to be summoned for jury duty more than once every 12 months.

Interestingly enough, if you are summoned and choose to ignore your responsibility, one of the possible consequences could be that you will be called very soon afterward (assuming that you were not forced to appear or show cause in front of the Judge who issued the first jury duty summons for you).

If You do Get Called, Will you Automatically Serve on the Jury?

Not even close. When people appear in a jury pool, there are multiple steps in the selection process where someone can be excused from appearing on the Jury. These include:

Only after this stage will a panel of 12 jurors (and usually a couple of alternates) be seated and expected to remain part of the Jury throughout the trial.

It can be much harder to be excused once you are seated on the Jury.

Can you get in trouble for being late to jury duty?

As mentioned above, the situation varies by state and the discretion of the Judge who has issued the summons and must decide how to deal with a no-show.

The gamut of possible penalties can be broad, ranging from:

Bottom line, it’s not a good idea to ignore a summons to jury duty – you should be aware of the consequences. At the very least, call the courthouse (if you feel you have a legitimate reason) and try to get out of the commitment in an above-board fashion.

Range of Punishments, Penalties, and Fines Vary by State

We mentioned before that the range of actions available to a Judge varies a lot by state. Let’s review two states, side by side, to get a feel for what could happen.

Table 1 below compares Illinois (a relatively lenient state) with Texas (a somewhat harsher state) for ignoring the summons from a County or District court:

It is to be noted that the types of punishments are usually lesser for incidents involving a municipal or small claims court. There, if you are found in contempt, you will be penalized per standard Federal guidelines, with a fine of up to $100 and up to three nights in jail.

There are usually ways of getting excused from jury duty with some communication with the Clerk of the Court, especially if you have a plausible excuse.

Ignoring the summons to jury duty with no communication and no good reason is rarely a good idea, on the other hand. If you find yourself faced with a Show Cause Notice or a Bench Warrant issued, be very careful how you proceed.

Consulting with a criminal defense attorney and having counsel appear on your behalf may often be your best recourse if you do find yourself in an unfortunate situation with the court.

What happens if you don’t answer a jury summons?

As mentioned above, the situation varies by state and the discretion of the Judge who has issued the summons to decide how to deal with a no-show. Judge may ignore it, send you a notice to appear in court to explain your absence or the judge may have you arrested and brought to the courtroom.

If You do Get Called, Will you Automatically Serve on the Jury?

Not even close. When people appear in a jury pool, there are multiple steps in the selection process where someone can be excused from appearing on the Jury

How Often Can Someone be Called for Jury Duty?

State laws also govern the frequency of calls to jury duty. Some states, for example, will not allow people to be summoned for jury duty more than once every 12 months.

Can you get in trouble for being late to jury duty?

This is similar to missing jury duty so try to call ahead if you can. Lateness can be considered absence, it depends on the state and the judge

What is the oldest age for jury duty?

There is no age exemption for jury duty. Many people are physically and mentally capable of serving in a jury at 90 and others are unable to at 60. If you are unable to serve due to your age, let the court know

Can jurors talk to each other?

Typically jurors go home at night but receive instructions to ensure that there isnt any inappropriate influence.

How are the 12 jurors chosen?

Lawyers and judges use “voire dire” (latin for speak the truth) process to choose twelve jurors. judge and lawyers for each side questions to prospective jurors to determine if they are suitable to judge the case fairly.

What ages are eligible for jury duty?

How do jurors vote?

After both parties finish presenting all evidence the jury goes to a secluded room to decide and then vote on a verdict. This verdict is then presented to the court

Do jurors get paid in the US?

State and local rules vary but federal jurors receive $50 per day as well as reasonable transportation expenses and parking fees. Jurors serving overnight receive an allowance for meals and lodging.

Can you get out of jury duty due to anxiety?

If you are summoned, you must appear. When you are questioned by the court, you can explain your condition and they may excuse you especially if they are afraid a panic attack can be disruptive.

What happens if all 12 jurors don’t agree?

If the jury cannot agree on a unaminous verdict, a hung jury is declared and there is a mistrial. The case is therefore undecided. Government may try the case again before a new jury or decide not to pursue the case further.

I am over 70, why am I being called for jury service?

There is no maximum age for jury service

How often is there a hung jury?

A hung jury where no verdict is reached on any count is rare and only happens 7.5% of the time. Jury being hung on the top count (most serious charge against the defendant) occured 10% of the time.