What Is Material Law? Here Is What You Need to Know 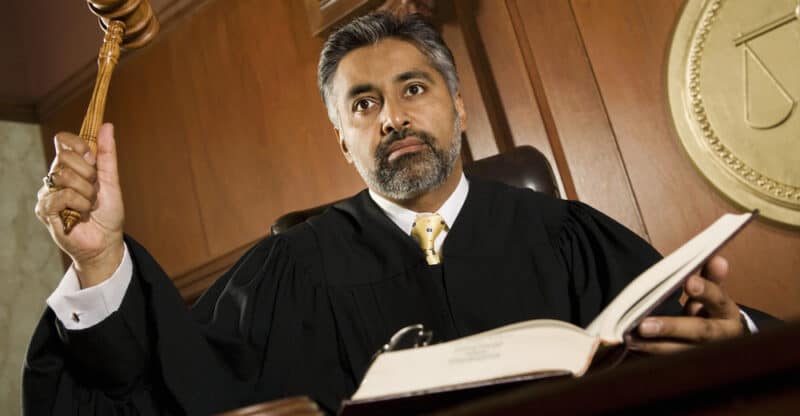 The American public and media love the front-row seat viewing of high-profile court cases. Some of the most shocking decisions that have captivated the public often feature legal heavyweights, not-so-popular defendants, and the introduction of damaging evidence that can leave the prosecution dangling. The result is shocking courtroom decisions that allow criminals to escape the fingers of justice.

Here are seven of the most shocking U.S. courtroom decisions of all time:

In the 1994 homicide trial of the People of the State of California vs. Orenthal James Simpson, the former NFL player faced two murder charges. Evidence showed that O.J. Simpson had murdered Nicole Brown Simpson, his ex-wife, and her friend, Ron Goldman, in front of Goldman’s home.

The night of the slaughter, the two exes had attended their daughter’s play in Los Angeles. She left for dinner with friends, and O.J. alleged he packed for a flight to Chicago later that evening.

His capture followed a highly-televised police chase through Los Angeles a few days later. The grueling proceedings of the case included intense media coverage, trial delays, witnesses selling their stories to the tabloids, and juror dismissals.

Shielded by his high-profile team of defense lawyers led by Johnnie Cochran, the defense focused on the alleged racism of the lead investigator in the case, believed to stir the sympathies of the predominantly black jury.

Several pieces of evidence pointed to Simpson. These included a pair of bloody gloves, proof of a right-handed person that was also heavy, causing the victims wounds, and evidence from O.J.’s chauffeur that said Simpson took very long to open the door. The driver said he saw a heavy-set person entering the house just before Simpson answered.

The trial carried on for 11 months. Finally, during the prosecution’s argument about the bloody gloves, Cochran uttered the words that ultimately caused the jury’s shocking not guilty verdict: “If it doesn’t fit, you must acquit.”

On a rainy February night in 2012, George Zimmerman, a neighborhood watch volunteer, spotted teenager Trayvon Martin walking home. The Florida neighborhood had had a fair share of petty crime, and Zimmerman called in what he deemed suspicious activity.

Despite a warning by the dispatcher for Zimmerman to stop following Martin, a violent encounter ensued that led to the fatal shooting of Martin. Charged with second-degree murder and manslaughter, Zimmerman claimed self-defense during his 2013 trial. However, public opinion leaned toward racism being the motivator. The all-female jury found Zimmerman innocent of all charges, leading to nationwide protests and calls for Florida to abolish its “stand your ground” self-defense law.

Michael Jackson had already faced charges of sexual abuse in 1993. A decade later, the pop star participated in a documentary called “Living with Michael Jackson” that rekindled the controversial topic of his morality with the debate raging on about Jackson’s sharing beds with young boys.

The documentary led to a police search of Jackson’s Californian premises and the ensuing charges. The boy who had initially said in the documentary that Jackson just slept in his bed turned his statement around, admitting to a sexual relationship.

During the lengthy deliberations, the jury found Michael Jackson not guilty because of problematic timelines and a weak case by the prosecution.

Lorena Bobbitt became a household name for mutilating and disposing of her husband’s genitals. During her 1994 trial, she told the court that the incident followed the scene of marital rape. However, the accused claimed that when she fled the scene with John Wayne’s private parts and the knife, she was unaware of what she had done.

The jury believed that the victim’s abuse by her husband caused her to reach a mental state where she was beyond controlling her actions and found her not guilty of the malicious wounding of her husband.

5.      Acquittal for the Murderer of Bonnie Lee Blake

Robert Blake was known for his role in the adaption of In Cold Blood, where he portrayed a murderer. So when his wife, Bonnie Lee Blakely, was found dead in a parked car in 2001 after having dinner with him, he stood accused of her murder.

Blake said he returned to the restaurant to fetch his forgotten handgun. He claimed he owned the gun because his wife had become paranoid about stalkers. The prosecution tried to show Blake’s resentment of his wife (they married because she became pregnant with his child) and pointed out the marital issues that were obvious to all.

It wasn’t hard for Casey Anthony to become the “most hated mom” in America during a trial that captured America’s attention.

The mother became the prime suspect because she took one month to report her two-year-old daughter missing in 2008. Her explanations about the last hours of her daughter’s life were constantly changing, often sounding strange. She claimed a nanny abducted her daughter and spoke about a job that never existed.

By the time the child’s body was found, its state made it difficult to determine the cause of death. Moreover, the evidence presented was insufficient to charge the mother with murder, sending the nation into shock. Finally, Anthony was found guilty of four misdemeanor counts because of the false information she gave, two of which were later dropped.

The three policemen faced charges of manslaughter, but the judge found that they acted “fairly and justly,” acquitting all three.