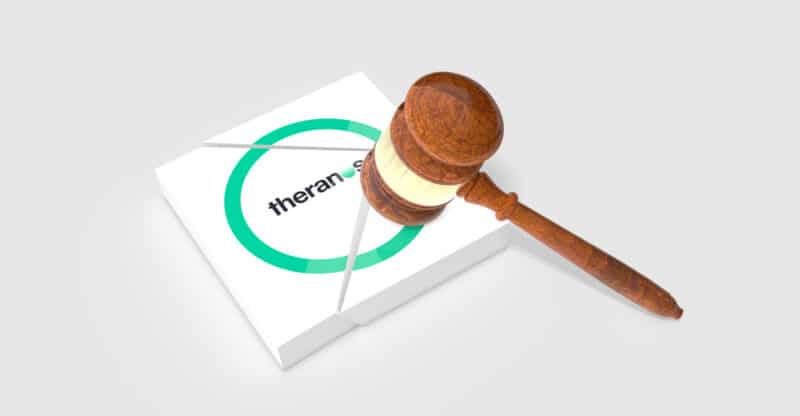 The world’s youngest self-made billionaire faces up to 20 years in jail for duping investors, government officials, and patients about her company’s blood-testing technology.

The 37-year-old founder of Theranos, Elizabeth Holmes, faces a 20-year jail sentence if she is found guilty of conspiracy to commit wire fraud. She and her co-accused, Ramesh “Sunny” Balwani, her former partner and president of Theranos, are being tried separately. Both have pleaded not guilty to the charges against them.

Theranos was founded by Holmes in 2003 when she was just 19 years old. She became an admired self-made billionaire thanks to the technology she claimed to hold. For nearly a decade, the company operated in secret as they built excitement about the “Edison,” the tester’s name, among potential investors.

By 2013, Holmes decided to make the company known, and she became an instant success with the press, appearing on covers, giving interviews, and featuring in profiles. As a result, the Theranos board was joined by Henry Kissinger, James Mattis, and former US Senators Sam Nunn and Bill Frist.

All this secured huge investments from powerful backers, including Murdoch, former education secretary Betsy DeVos, the Walton family, and Robert Kraft, the owner of the New England Patriots.

Her fall from grace came in 2015, after a series of reports about the device’s inaccuracy in the Wall Street Journal when accusations appeared that tests were being conducted on traditional lab equipment.

Holmes, who recently became a mother, is finally standing trial. So far, she has appeared in court without her trademark look of a black suit and black turtleneck.

After many delays, the juror selection process was finally finished at the beginning of September 2021. According to ABC News7, opening statements were made by attorneys for the prosecution and defense on September 8, with Holmes present at the defense table.

Robert Leach, the attorney for the prosecution, related how Holmes and Balwani started committing fraud in 2009. He referred to how they tried to attract investors by misleading claims that Pfizer’s pharmaceutical company had vetted the tests. They also told investors that the US military used the technology and exaggerated the firm’s financial performance. These claims led to the testing device becoming available in Walgreen and Safeway stores.

The prosecution lawyer claimed the test results were inaccurate, which patients who were misdiagnosed will attest to. According to the prosecution, Holmes was aware of the issue, which a trail of emails will prove, but she continued to seek investors.

In his opening statement, Lance Wade, the defense attorney, said that as she went to work each day, Holmes had no intention to “lie, cheat and steal.” He went on to portray Holmes, a Stanford dropout, as an employer of hundreds of people. He also said she spent 15 years committed to building a successful company that would make blood testing available to everyone. But, according to the BBC, he told jurors in the San Jose courtroom: “In the end, Theranos failed, and Ms. Holmes walked away with nothing.”

Already from day three of the trial, evidence was given by former lab associate Erika Cheung. She spoke about the problems she faced with the daily quality control checks on the testers. She quit after just six months because of the inaccurate test results.

Once worth $9 bn, the blood-testing firm claimed to detect common illnesses with just a little blood from a finger prick. According to answers offered to questions put to him by the prosecution, Han Spivey, the company’s comptroller, said the company had raised $25 million from investors in 2010. But, he said a lot of cash was plowed into research and development that no money was ever enough.

According to Holmes’ defense, a key element to her defense is to show the decade-long psychological abuse she suffered at the hands of Balwani. They claim he controlled everything about her to the point that her state of mind was impacted, and she couldn’t make any decisions.

With 140 potential witnesses to be called, the trial is likely to draw out for months. Although her previous ubiquitous presence in the press followed by documentaries, books, film, and mini-series about her, at this point, she is just a silent presence at her trial.