How Often Do Credit Card Companies Sue For Non-Payment? 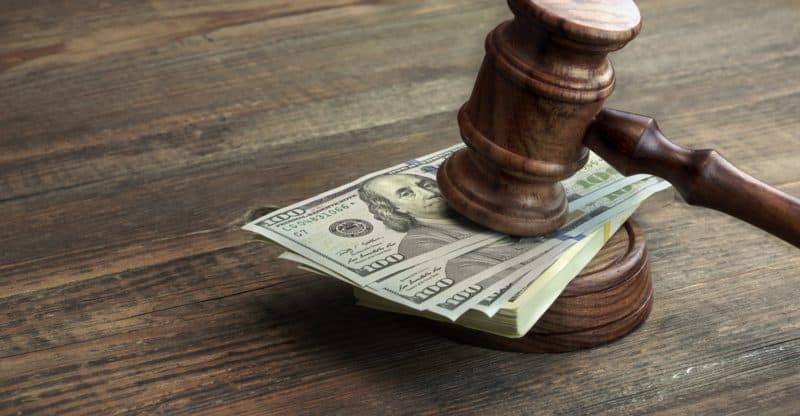 Randy Work, a former executive at Lone Star Funds, lost his $225 million divorce battle on Tuesday. The banker, famous for asking the judge to weigh his “genius” when considering his divorce, failed to convince the judge’s panel that he was entitled to a larger share of the couple’s fortune.

The appeal, held in London, follows a typical 50-50 division of assets under British law.

Mandy Gray and Work married 20 years ago and are American citizens. The two split leading to a fierce court battle in 2015 where Judge Edward Holman ordered that the couple’s fortune be split evenly. The judge found that Work’s success was a result of his hard work and being in the right place at the right time. The judge did not find the role of personal brilliance in Work’s fortune.

The judges found in favor of Gray stating that Work didn’t demonstrate that the previous ruling was wrong.

Judge Holman, stated during the original case, that “The word ‘genius’ tends to be overused and is properly reserved for Leonardo Da Vinci, Mozart, Einstein, and others like them.” The Judge did not find reason to apply a special contribution to the case.

Work filed an appeal stating that the judge was wrong for not granting a special contribution and asserted that his share of the assets is closer to two-thirds.

The United Kingdom’s judges have faced a few cases of special contribution and attempt to distinguish between “exceptional nature” and becoming wealthy through ordinary means. Work states that his success is a result of groundbreaking methodologies.

The judges do not deny that Work was very successful.

UK’s court system is known for giving homemakers and wealth creators a 50-50 split of the assets. There have been cases wherein a CEO of a company is granted a larger portion of the couple’s assets.

Former CEO of Axis Capital Holdings Ltd John Charman was granted a special contribution in which his wife received 36.5% of the combined estate. The judge stated that Charman exhibited “extraordinary talent and energy.”

High-stakes divorces have resulted in numerous court hearings in London in recent years.

Work and Gray married in 1995 in California and resided together since 1992. The couple has two children together and officially separated in 2013. Prior to the appeal, Work suggested that his wife was only entitled to £5 million due to a postnuptial agreement in Texas.

Work earned his millions making a private equity firm $7 billion while making millions for himself in the process.

The couple had no meaningful assets when they met, according to the judge, who also said they were both strong and equal partners during their marriage.

Gray currently lives with her lover in Kensington and will receive half of the couple’s assets.

Work relied on a 2000 estate planning agreement that was signed in Texas. Work previously offered Gray £47 million in installments, which she did not accept. The judge further states that Gray had been very successful and intelligent, but gave up her career to follow her husband to Tokyo.

The couple’s children, 14 and 17, divide their time equally between their parents.

The couple settled in London in 2008 following several years in Tokyo and Hong Kong. Gray argued that since the wealth was acquired during the couple’s marriage that she was entitled to half of the couple’s assets.