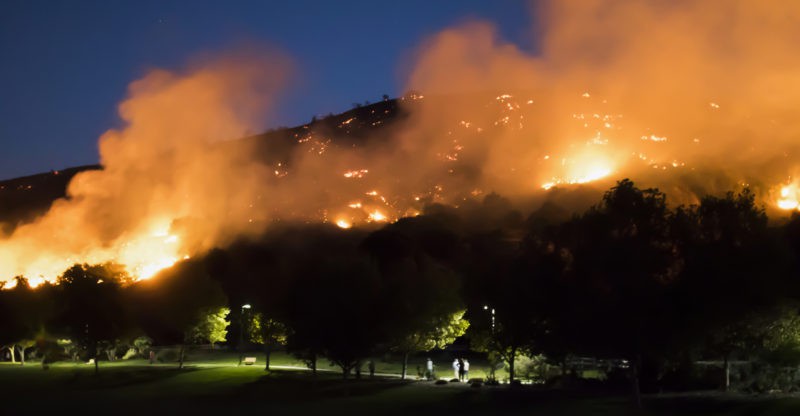 Boeing Co. is being sued over alleged negligence related to the Woolsey Fire that devastated Malibu, California last November. The fire allegedly ignited near the grounds of the Rocketdyne testing site.

Boeing is being accused of improperly managing the vegetation on the Santa Susana Field Laboratory, and allowed the fire to spread to nearby neighborhoods.

The Woolsey fire destroyed 1,500 structures, torched 10,000 acres and killed three people in and around Malibu. Southern California Edison said an electrical substation on Boeing’s property had suffered an outage two minutes before the fire was reported.

Boeing says it is in full cooperation with the investigations by the California Public Utilities Commission and the California Department of Forestry and Fire Protection.

Boeing has denied the allegations.

“Security and fire personnel stationed at Santa Susana immediately responded when the fire was first reported and also promptly notified firefighting agencies,” said spokeswoman C.J. Nothum in an email. “Upon arrival, the county and municipal fire jurisdictions established incident command over the firefighting activities. Cal Fire [California Department of Forestry and Fire Protection] is conducting an investigation into the origins of the fire. The California Public Utilities Commission is also conducting an investigation. Boeing is fully cooperating with these investigations.”

Southern California Edison says it is not commenting on lawsuits related to the Woolsey Fire due to the ongoing investigation.

The lawsuit is seeking unspecified punitive damages against Boeing and Edison.

News of the lawsuit comes as a Los Angeles Superior Court judge ordered 18 lawsuits related to the Woolsey Fire to be coordinated before a single judge. It also comes as another utility, PG&E, filed for Chapter 11 bankruptcy due to liabilities related to California wildfires. The company cited $30 billion in legal liabilities. Those fires burned 150,000 acres and killed 85 people.