Supreme Court’s Tilt to the Right 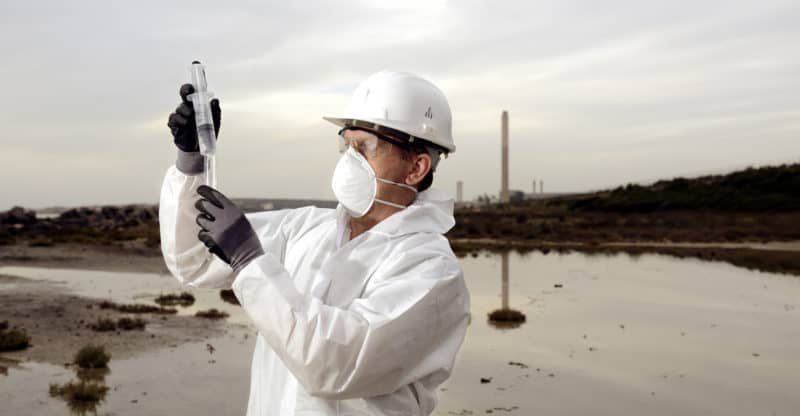 Lawyers in Kent County, Michigan announced the filing of a class-action lawsuit against local manufacturers for allegedly dumping polyfluoroalkyl substances, or PFAS, and polluting groundwater.

Thus far, the potentially harmful chemicals have been discovered at 28 locations across Michigan. The chemicals were once used in firefighting foam and non-stick cooking pans.

In November, Governor Rick Snyder launched a statewide effort to address PFAS, which were commonly used in the 1950s in non-stick cookware, stain-resistance carpeting, waterproof shoes and a range of other household products. PFAS were also used in firefighting foam, particularly on military bases. The chemicals were mostly phased out by 2015.

The class-action suit was filed against Waste Management Inc., Wolverine World Wide and 3M Corp. The suit alleges that the companies dumped PFAS, polluting the groundwater in Rockford, Belmont and other counties in the state. Both Wolverine and 3M produced products that contained the chemicals.

Erin Brockovich, environmentalist, is working with the group of lawyers in Kent County.

“The scope of this contamination is alarming, and thousands in Kent County are now faced with unsafe drinking water and increased health risks,” said Brockovich in a statement.

The Agency for Toxic Substances and Disease Registry says the chemicals can harm fetal development, increase the risk of certain cancers, lead to high cholesterol, decrease fertility and even affect the immune system.

PFAS are not easily broken down by nature, and their use was so common, it’s nearly impossible to avoid exposure.

The lawsuit in Kent County is seeking immediate blood testing, damages for residents, and health and environmental monitoring.

Military bases are partly to blame for contamination. At least five of the contaminate sites are connected to military bases. The bases used firefighting foam for decades as part of their training and for fire suppression.

At Van Etten Lake, just north of the Wurtsmith base, samples had PFAS levels up to 110,000 parts per trillion. These levels are 1,500 times the EPA advisory level.