Remote Jury Trials – What We Know So Far 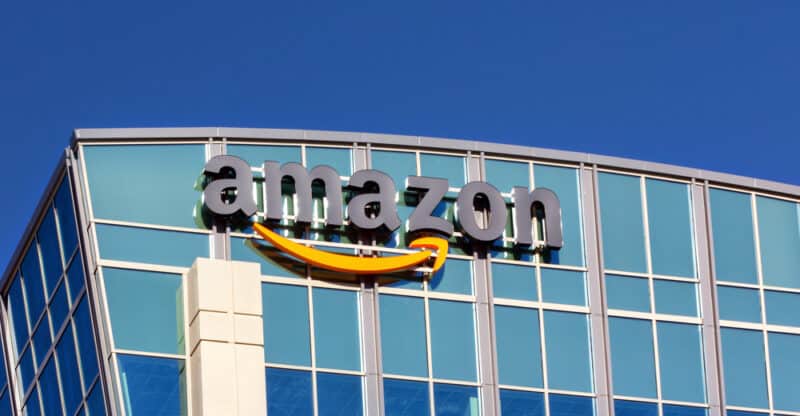 eCommerce giant Amazon’s growth in the 25 years since making its appearance as a small book-selling enterprise made it into the largest online marketplace and multi-media platform globally. Today, it has worldwide fulfillment centers, sells nearly everything, and includes special membership programs to speed up deliveries.

However, its growth hasn’t come without the inevitable scandals, particularly around company culture leading to accidents and the treatment of workers.

These are the nine most famous court cases against Amazon, in no particular order.

1.      Amazon Discrimination Lawsuits Based on Race and Sex

Early in 2021, some current and former managers at Amazon claimed that they faced discrimination from their higher-ranking company officials based on race and sex.

One woman, Charlotte Newman, reported that she continually experienced both types of discrimination when the company repeatedly passed her over for promotions given to less experienced and younger white men.

Additionally, accusations were made against Amazon management by several women who claimed sexual harassment.

2.      Amazon Lawsuit for Infant Death Caused By A Delivery Driver

A 9-month-old infant died in an accident caused by an Amazon delivery driver in 2019. Speedy delivery can cause accidents, leading to deaths, and Amazon stands accused of not taking responsibility for accidents caused by its drivers.

The driver attested not seeing the SUV that he slammed into because he was running late on his many deliveries. This is one of the tens of accidents caused by Amazon’s network of delivery contractors. Since Amazon does not employ permanent drivers, it insists that it can’t bear the responsibility for drivers branded with Amazon logos. Inhuman working conditions cannot compensate for the close watch they say that they keep on drivers.

Amazon’s discrimination charges include firing pregnant women before they meet the required legal health work adjustments. So far, Amazon has settled several of these cases out of court.

Timothy Weakley, a delivery driver for Amazon, sued them for the exhaustion that caused him to crash after falling asleep while driving. He claimed that he spent close to 50 hours behind the wheel with minimal rest to meet the demands made on him by Amazon.

Ans Rana was left paralyzed after an accident with an Amazon van, and he wants them held responsible for the accident. His legal representation maintains that Amazon pressurizes drivers to make their record delivery times with tracking technology, and drivers get punished for not meeting the standards. The resulting stress and tiredness lead to accidents, like the one that left their young client paralyzed.

In another case, Amazon.com Inc. faces a Californian lawsuit accusing it of violating state law for the non-existent reimbursement of employees working from home during the COVID-19 pandemic. These employees say they received no remuneration for their internet, cell phone usage, and other expenses incurred (like electricity) for working from home.

The lawsuit, based on a unique California law called the Private Attorney General Act, allows large groups of employees to sue companies on behalf of the state. They keep 25% of any penalties won.

Late last year, the collapse of a warehouse after a tornado in Edwardsville, Illinois, resulted in a  new lawsuit against Amazon. The mother of an employee who lost their life, DeAndre Morrow,  instituted the case against Amazon for its alleged failure to protect employees through negligence.

Four drivers hurt during the collapse of the warehouse filed another lawsuit. Jamarco Hickman, Evan Jensen, and Jada Williams claim that they received threats from Amazon for employment termination when they tried to leave the warehouse to shelter safely in their homes. In addition, Morrow had to work an extra shift on his day off despite tornado warnings. According to civil rights attorney Ben Crump, Amazon puts business before its employee safety.

In another lawsuit relating to the same incident, the family of driver Austin McEwan, killed by the warehouse collapse, has filed a case of negligence against Amazon. Meanwhile, Amazon also faces an investigation by the House Committee on Oversight and Reform.

Price fixing has led to a fine of $2.25 million after an investigation and lawsuit by the attorney general of Washington.

“Sold By Amazon” was the program by which  Amazon would contact a third-party seller and ask them to agree on a minimum price for an item. If Amazon sold the thing for more, they would split the profits.

These agreements are commonplace in wholesale and reselling. Still, Amazon would increase prices to levels of other dealers, preventing sellers from offering discounts. This practice led to buyers preferring better-priced Amazon brands.

Despite disputing the AG’s lawsuits, Amazon shut down the program before the case came to court, agreeing to pay $2.25 million for the AG’s antitrust division funding. In addition, a DC Superior Court recently dismissed another similar lawsuit.

9.      Lawsuit Against Amazon for Failing to Provide Safe Working Environment

Finally, a New York appeals court dismissed a lawsuit filed by state Attorney General Letitia James earlier in May. The AG accused Amazon of failing to sensibly protect workers against COVID-19 in some of its state facilities and illegally retaliating against workers speaking up about their poor working conditions.

According to the appellate court ruling, federal labor law takes precedence over state labor law, requiring disputes to go to the National Labor Relations Board. As for the COVID-19 workplace safety guidelines claims, the court dismissed