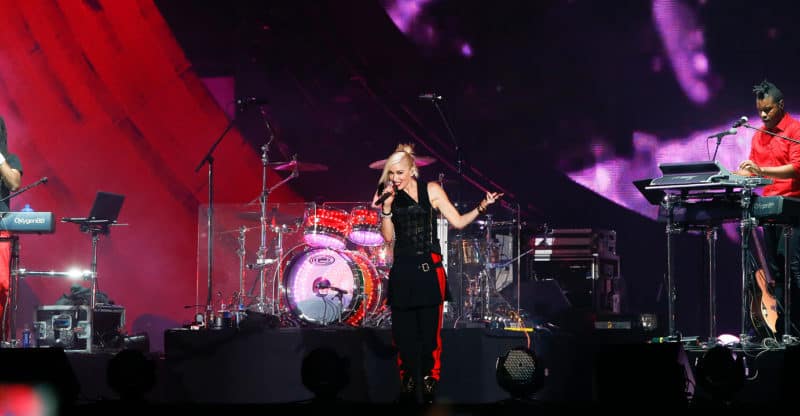 Bush singer Gavin Rossdale says he’s ready to “move on” from split with former wife and singer Gwen Stefani. The 50-year-old rocker opened up about his 13-year marriage to Stefani, with whom he shares three sons.

In a chat with The Sunday Times, Rossdale said it was “enough already” and time for him “to move on.” The singer says his top priority is his children and making sure they are take care of.

The split hasn’t been easy for Rossdale or Stefani. In August 2015, Us Weekly revealed that Stefani had filed for divorce after uncovering a long-term affair between Rossdale and their former nanny Mindy Mann.

Stefani has spoken publicly about the split, calling it one of the most difficult experiences in her life. The No Doubt singer described the experience as “the beginning of hell.” After 13 years of marriage, Stefani said her “dreams were shattered” the day she filed for divorce. The singer revealed that the only thing she wanted in life was “to have babies, be married.”

TMZ first broke the news of the split. Stefani cited irreconcilable differences in the divorce documents and requested joint custody of their three children. Rossdale was represented by celebrity divorce attorney Laura Wasser, while Stefani was represented by Scott Weston.

Sources say the couple didn’t have a prenuptial agreement, so under California law, their assets could have been split 50/50.

While Rossdale could have walked away with half of their combined net worth, it was rumored that he was not pushing the issue. Stefani requested denial of spousal support when she filed for divorce. Rossdale did not request child support, and the couple planned to split custody 50/50. No clear details have been revealed on the final divorce settlement.

Joint custody arrangements are becoming increasingly common in divorces as courts are beginning to move away from sole custody arrangements, which only allow visitation, to ensure that both parents take an active role in the lives of their children.

In the case of Rossdale and Stefani’s divorce, there was no need for the judge to determine who gets custody of the kids. Stefani and Rossdale both agreed on a joint arrangement, and she has praised him as a father.

Stefani has since moved on from the divorce. The singer is dating fellow Voice coach and country singer Blake Shelton, who recently went through a divorce himself. Shelton split with Miranda Lambert in July. Stefani said her relationship with Shelton helped shape the sound of her new album This is What the Truth Feels Like.

Stefani has credited the country star for “saving” her during her divorce. She said she found someone who was “going through the exact same thing” and “mirrored” her experience. The No Doubt frontwoman said it was no accident that they wound up together.