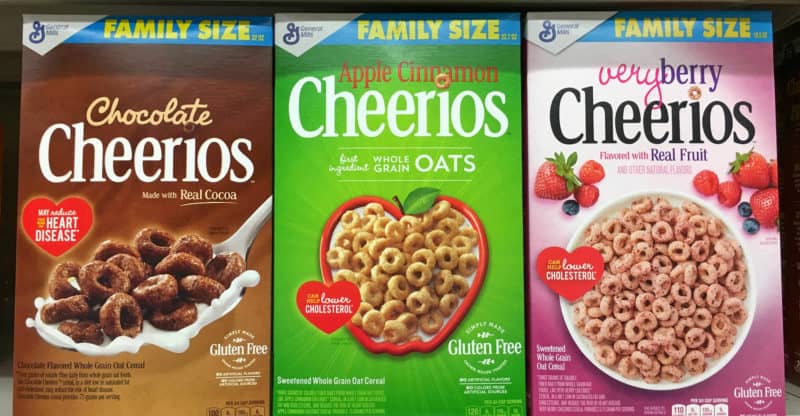 General Mills is the subject of a lawsuit over glyphosate residue claims. The new food lawsuits come after a man was awarded $289 million in a lawsuit against Monsanto. The lawsuit, which is being appealed, claims that the man’s cancer was glyphosate-based, caused by Monsanto’s herbicides.

The lawsuit has opened the door to food lawsuits.

The General Mills lawsuit comes just six days after the $289 million verdict was handed down. Mounira Doss, the plaintiff in the lawsuit, alleges that General Mills failed to disclose the presence of glyphosate in their Cheerios product.

The EPA allows 30ppm or 30,000 ppb in cereal groups and glyphosate in grains. Cheerios was tested in August 2018 and found to have 470 – 530 ppb – well below the threshold. The lawsuit claims that even low levels of glyphosate can be harmful to human health. The lawsuit points to glyphosate’s inclusion of chemicals that cause birth defects and cancer. The ingredient is “probably carcinogenic to humans.”

The company also claims to work closely with farmers and suppliers to minimize pesticide use on crops and ingredients in the company’s foods.

Courts have, in the past, ruled in favor of defendants in glyphosate litigation cases. General Mills was the defendant in one case,, which argued that the company’s granola bars were not “natural” because they contained trace amounts of glyphosate residue. The claim was dismissed in 2017.

Monsanto has 5,000+ lawsuits pending that claims the company’s glyphosate products caused cancer. Monsanto claims that the company’s products have a 40-year history of safe use. The U.S. Food and Drug Administration is testing glyphosate and slated to release their findings, which were collected over a two-year period.

Trace amounts of glyphosate have not been banned and are allowed in small amounts, according to EPA guidelines.