CA Jury Awards $2B to Couple in Roundup Cancer Trial 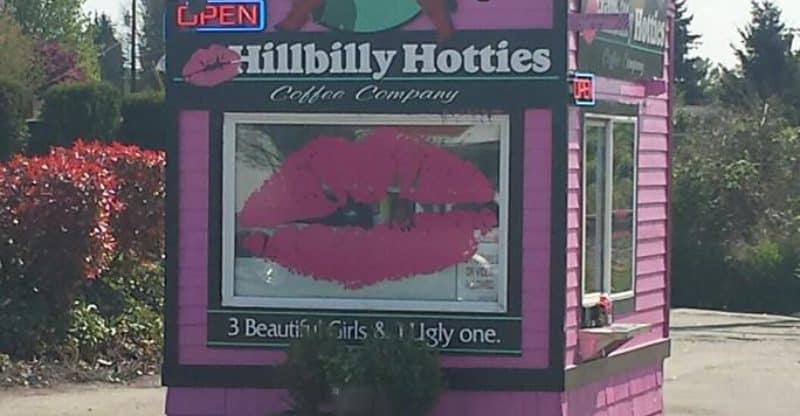 The owner of Hillbilly Hotties, a chain of coffee stands, and seven bikini baristas are suing the city of Evertt in Washington over dress code laws. The suit alleges that two recently-passed ordinances, which prohibit bare skin, violate their right to freedom of expression.

The plaintiffs filed the suit in Seattle’s U.S. District Court and claim that the ordinances unlawfully target women, are vague, and prohibit the employees from communication through their attire.

One new city law requires workers at fast food and food truck establishments to wear a minimum of shorts and a tank tops. The other law redefines Everett’s lewd conduct ordinance and makes the facilitation of lewd conduct a crime.

“Just like Starbucks with green aprons, UPS with brown trucks and outfits, and Hooter’s with short-orange shorts, the baristas’ attire evokes a message at work,” the lawsuit says. These messages, the suit says, include “freedom, empowerment, openness, acceptance, approachability, vulnerability and individuality.”

Everett pointed to a “proliferation of crimes of a sexual nature” as reasoning for the ordinances, and claims a number of these crimes have taken place at bikini barista stands in the city.

“Employees and owners of barista stands where this conduct occurs are making large sums of money from overtly sexual, lewd conduct and prostitution,” said the city in one of the measures.

The city of Everett and Snohomish County have had trouble with the bikini barista stands, which have sometimes run as drive-thru strip clubs and brothels. A former county sheriff’s sergeant plead guilty to helping one roadside stand launder money from a prostitution ring it was running. The sergeant was sentenced to one year in jail.

The owner of Grab-N-Go espresso huts was also convicted of sexual exploitation after he hired a 16-year-old. The owner’s business model, prosecutors said, relied on employees performing lewd shows.