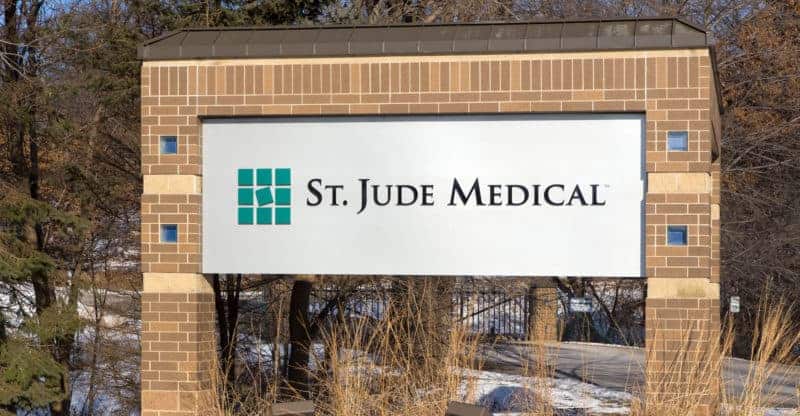 A federal judge has refused to dismiss a lawsuit against St. Jude Medical Inc. which alleges that a cardiac defibrillator implant posed a risk to patients.

Judge Michael M. Baylson issued the ruling on July 12 in the U.S. District Court for the Eastern District of Pennsylvania. In his ruling, Baylson said the motion was denied because the complaint “adequately states a claim that the Riata ST Lead was defective on a failure to warn theory.”

The lawsuit was filed against St. Jude by Kristen Bull in March 2017. The suit alleges that St. Jude, which manufactures the heart implant, was aware of the risks associated with the Riata ST Lead, a component of the device. Bull claims that St. Jude failed to warn her physicians or fully disclose the problem to the Food and Drug Administration (FDA).

Bull was on an airplane when her cardioverter defibrillator (ICD) malfunctioned, firing six times. The hospital she was brought to was unequipped to deactivate the device. A representative from St. Jude came to the hospital the next day to deactivate the ICD, and Bull was placed in a Life Vest.

“Plaintiff alleges that if St. Jude had made timely and complete MDR reports of all adverse events that it was aware of prior to the implantation of her ICD on November 1, 2010, her physicians would not have chosen to implant an ICD using Riata ST Leads, and instead would have chosen another such device using different leads,” Baylson wrote in his ruling.

The Riata ST pacing lead was recalled in 2011, but St. Jude has faced criticism and lawsuits over postmarket surveillance systems in the U.S. St. Jude settled most of the lawsuits related to the pacing lead in 2015. St. Jude agreed to pay up to $14.25 million to settle more than 900 claims, including administrative expenses and lawyer fees.