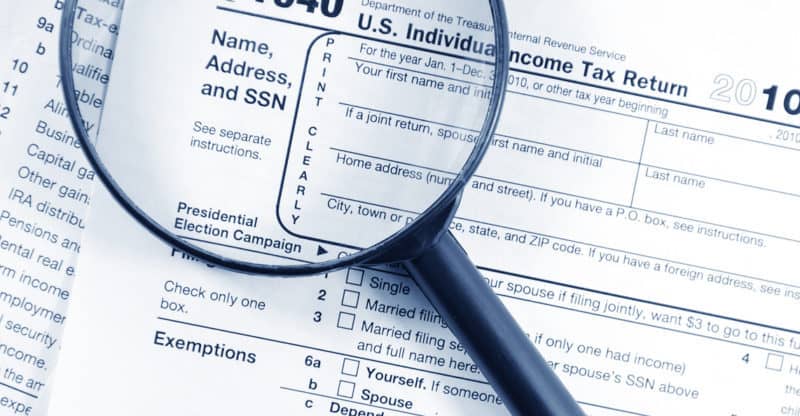 Donald Trump’s tax returns were released by the New York Times over the weekend. The media outlet released part of the billionaire’s 1995 tax returns, which showed he wrote-off $900 million in losses.

A portion of the billionaires tax returns were released.

The question of the legality of the release has been raised by Trump’s camp and the Washington Post. The post mentions that the editor of the New York Times stated he would face jail time for the release Trump’s tax returns.

Under federal law, it states, “It shall be unlawful for any person to whom any return or return information (as defined in section 6103(b)) is disclosed in a manner unauthorized by this title thereafter willfully to print or publish in any manner not provided by law any such return or return information. Any violation of this paragraph shall be a felony punishable by a fine in any amount not exceeding $5,000, or imprisonment of not more than 5 years, or both, together with the costs of prosecution.”

The argument from the Washington Post may be mute. Under the law, there is punishment for federal tax returns, but the New York Times took special measures to release information from state tax returns.

The issue deepens further under the First Amendment, which protects free speech when it’s a matter of public concern.

The New York Times can argue that under the First Amendment, the paper viewed the release as a public concern. Trump reportedly may not have paid taxes for 18 years on his income. There is also his bid for presidency, during which he has balked at the lack of people paying income taxes.

The Constitution also allows illegally intercepted speech to be published when it’s a matter of public concern.

Trump’s camp has stated that what he has done is legal under current law. Trump tweeted, “I know our complex tax laws better than anyone.” Trump stated that the returns were illegally obtained. He has not denied the validity of the tax returns as of Monday morning.