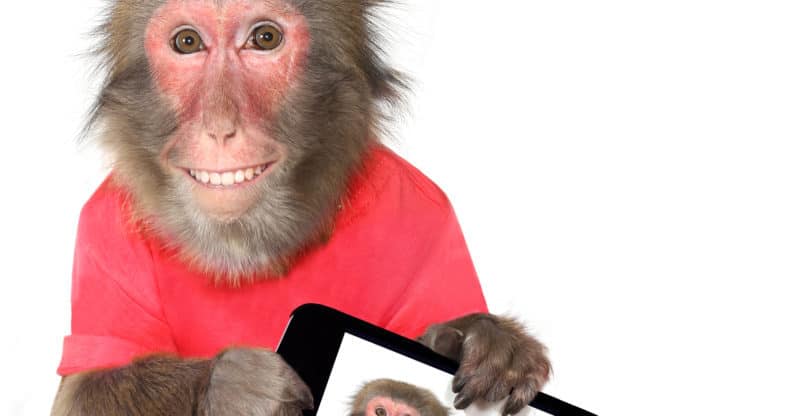 A British photographer has settled a two-year lawsuit with animal rights group PETA over a monkey “selfie” photo.

A macaque monkey took the selfie in an Indonesian jungle in 2011 after picking up photographer David Slater’s camera.

Judges in the U.S. said copyright protection does not apply to animals, including monkeys. PETA argued that the animal should benefit. The animal rights group also argued that Naruto, the monkey in question, owns the photo’s copyright because he pressed the shutter button.

Copyright law in the U.S. grants ownership rights for images to the people who take them.

Slater’s lawyers argued that Wildlife Personalities Ltd. is the rightful owner of the photo’s copyright.

Both parties asked the San Francisco 9th U.S. Circuit Court of Appeals to dismiss the case and throw out the lower court’s ruling.

Although PETA’s appeal was dismissed, Slater agreed to donate 25% of future revenue from the photo. The photographer will sell the photo to registered charities that are “dedicated to protecting the welfare or habitat of Naruto,” according to a joint statement from Slater and PETA.

“PETA and David Slater agree that this case raises important, cutting-edge issues about expanding legal rights for non-human animals, a goal that they both support, and they will continue their respective work to achieve this goal,” said PETA and Slater in the statement.

The famous macaque photo, Slater has argued, is more his photo than the monkey’s. The photographer spent a week taking photos of macaques in 2011. Gradually, he said, he began persuading the monkeys to press the camera’s shutter button while looking at the lens.

The monkey selfie earned Slater a few thousand pounds, but in 2014, he requested that Wikipedia and Techdirt remove the photo, as it was posted without permission.

Slater published the photo in his book “Wildlife Personalities.”