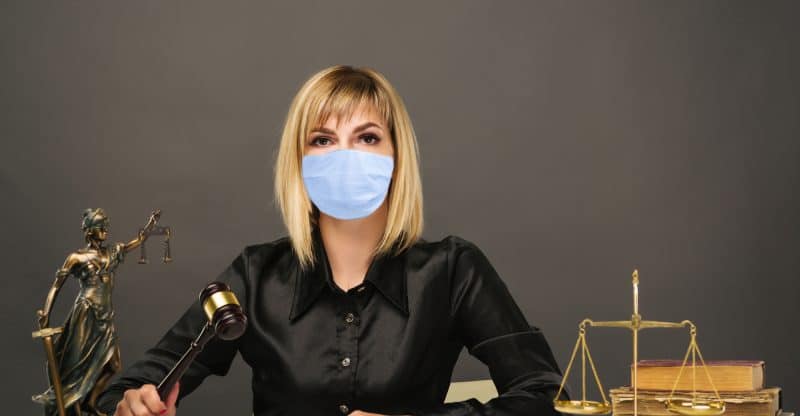 The justice system doesn’t easily adapt to changes, but cases are moving online because of pandemic related delays. These are unprecedented changes. What we know so far?

Some courts suspended jury trials for a while at the onset of the pandemic, while others continued conducting fewer without any health safety issues. However, a surge in COVID-19 cases recently necessitated orders for courts in some districts to completely suspend jury trials, while others have continued with suspensions already in effect.

Juries across the country deliver thousands of verdicts that hardly ever make the news, but the coronavirus pandemic has assured some cases did. The reason for this was that they were held remotely by video conferencing.

In August 2020, a Collin County state court became the first to conduct a virtual criminal jury trial over Zoom. Jury selection took place on YouTube. This was a summary trial with a non-binding verdict that was later settled in mediation.

A pioneering return to jury trials, after months of suspension, returned to Florida in August 2020. In a battery trial, an exotic dancer was awarded $354,000 and the verdict was made over a Zoom conference.

Presiding over the trial was Florida 4th Circuit Court Judge Bruce Anderson. “All of us have a passion for jury trials and making sure the 7th Amendment is protected,” he said after the trial.

The trail was a product of months of dedicated work and was fully streamed from voir dire to the verdict.

There are both detractors and supporters of remote proceedings. On the one hand, they protect public health, but others worry about their effect on verdicts. For those already in detention, getting their case heard remotely can prevent them from having to spend longer in jail than necessary.

Access to the public on virtual hearings has been made easy by the courthouse of San Francisco with a live stream for remote watchers. This is one of the courts that leads when it comes to bringing transparency to courts, and it participates in the Cameras in the Courtroom Pilot Project.

This may be untrue because recent research in Canada has shown it is easier to spot a liar when they cannot see all the physical details of the speaker.