10 Key Legal Documents For Your Business

How to Know Which Family Lawyer is Right for You 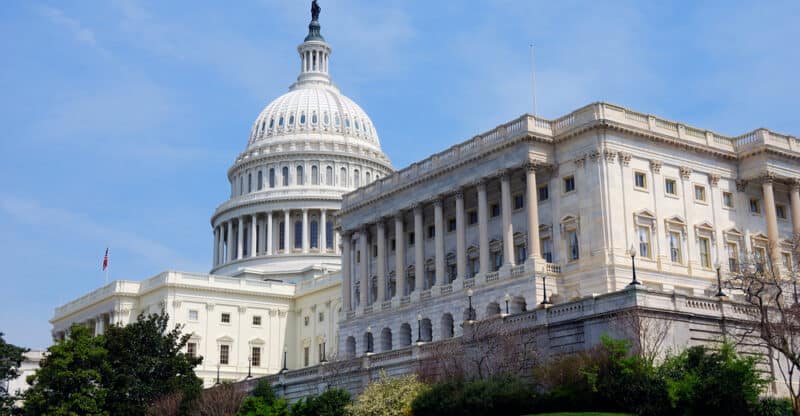 Congress passed the Congressional Review Act (CRA) in 1996 to improve democratic accountability over Government agencies.  Because the directors and administrators of government agencies are not elected officials, Congress felt that oversight was needed to ensure that the rights of citizens are represented in agency decisions. In this article, Samuel Dewey explains why this is the case.

The CRA allows Congress to disapprove federal agency rules using fast-track procedures during a window of time following a rule’s issuance.  It is designed to restore the “delicate balance between the appropriate roles of the Congress in enacting laws, and the Executive Branch in implementing those laws.”

Most importantly, this procedure means that lawmakers cannot filibuster the resolution when a legislator introduces a resolution of disapproval.  If enacted, a disapproval resolution effectively clears the relevant rule from the records, and the regulations revert to what existed previously.

According to the Congressional Research Service, an average of 12 percent of agency rules are withheld from Congress’s review.  This blatant disregard for the validity of the CRA is an unacceptable situation.

Even without a rule being submitted for CRA review, Congress can always pass regular legislation to overturn it.  This more cumbersome process would, however, require a filibuster-proof margin.

The CRA offers an attractive procedural option for lawmakers interested in undoing an agency’s rule immediately after a presidential election when the incumbent nominee loses.  When this happens, and when both chambers in Congress are the same party as the incoming President, the potential for enacting CRA resolutions of disapproval increases dramatically.  We have seen this effect with both the Trump and Biden Administrations.

As a case in point, after the Interior Department failed to transmit a critical Endangered Species Act regulation to Congress for review, a coalition of county governments filed suit in a federal district court.  Their representation, Pacific Legal Foundation, filed a lawsuit in a federal district court and argued that the agency violated the plain terms of the CRA by shielding its rule from congressional oversight.

The district court dismissed the suit on jurisdictional grounds, and the Tenth Circuit affirmed. Even though it was “undisputed” that the Interior Department had violated the CRA, the court nonetheless closed its doors to the complaint. Now, the challengers seek Supreme Court review.

In this case, the marginalized citizens are Colorado, Kansas, New Mexico, Oklahoma, Utah, and Wyoming residents.  In the future, all Americans are in danger of being subject to government agency rules without the benefit of their elected official’s oversight.

Samuel Dewey is a successful lawyer and former Senior Counsel to the US House of Representatives Financial Services Committee and Chief Investigator and Counsel to the US Senate Special Committee on Aging. Mr. Dewey specializes in: (1) white-collar investigations, compliance, and litigation; (2) regulatory compliance and litigation; and (3) complex public policy matters. Within these fields, Mr. Dewey is considered an expert in Congressional investigations and attendant matters. Mr. Dewey has a BA in Political Science, a JD from Harvard, and is admitted to practice law in Washington, DC, and Maryland.