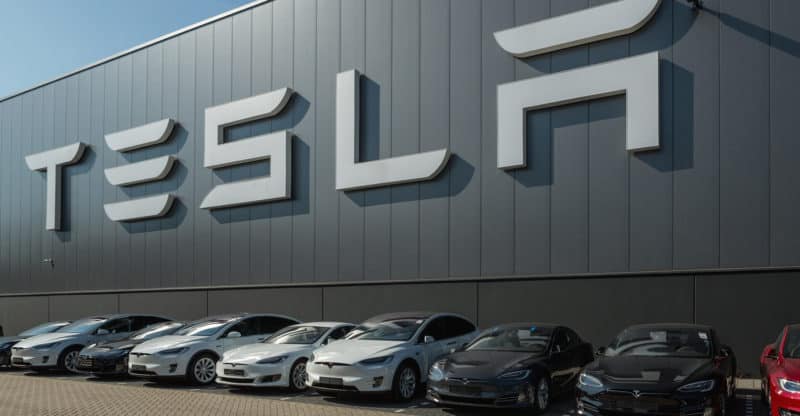 A Tesla employee filed a lawsuit claiming that he experienced racial harassment, sexual harassment and racial discrimination while working in the company’s Fremont factory. The employee, DeWitt Lambert, says the discrimination took place between June 2015 and April 2016.

Lambert claims his co-workers regularly made racially derogatory and sexually explicit comments. He also alleges that he was overlooked for a promotion because he filed a complaint with human resources about the harassment.

According to the suit, Lambert complained to human resources about a “hostile work environment” in fall 2015, but says no investigation was opened into the matter.

Tesla told Business Insider that the company opened an investigation after Lambert made a complaint about “racially insensitive language” in April 2016.

“HR personnel investigated, interviewing all of the employees who were reportedly involved. That investigation turned up conflicting accounts of what happened, with other employees saying that DeWitt had the ‘dirtiest mouth’ that they had ‘ever heard,’ including using the same racially insensitive language that he had complained about,” Tesla said in a statement.

The HR department concluded that there was no objective evidence that “anything inappropriate occurred toward DeWitt.” Tesla said its HR department coached the group of involved employees on the importance of behaving in a professional manner.

Tesla has denied allegations that Lambert was overlooked for a promotion due to his complaints to HR. The company said Lambert received a promotion a year ago, but was denied a second one because he shared photos of “confidential Tesla technology on Facebook.” Lambert’s actions, the company says, are in clear violation of Tesla’s policy.

Lambert isn’t the first employee to complain about the company’s Fremont factory.

One worker alleges that his co-workers were subject to preventative injuries because they were using machinery that was not compatible with their bodies. That employee also says workers are forced to work more than 40 hours to meet production goals. Many employees, he says, work 60-70 hours a week due to the company’s mandatory overtime rules.

Lambert’s suit also alleges that Tesla failed to rotate him after he suffered a back injury that made physical labor challenging. The suit states that Lambert was on medical leave between September 1, 2016 and November 22, 2016.

Lambert says working for Tesla was his “dream job and it turned into a nightmare.”

“When I began working at Tesla I was happier than I’ve ever been,” he said in a statement. “Now, I’ve experienced discrimination worse than anything I experienced growing up in Alabama and I’m scared for my safety every evening when I leave the plant. I asked for help from Tesla’s management and it never came.”

Tesla said the company will take action as necessary, including “parting ways” with employees whose behavior “prevents Tesla from being a great place to work.” The company also said DeWitt’s version of events is not supported by facts.

Lambert’s attorney disputes Tesla’s claims that he threatened violence against other employees.